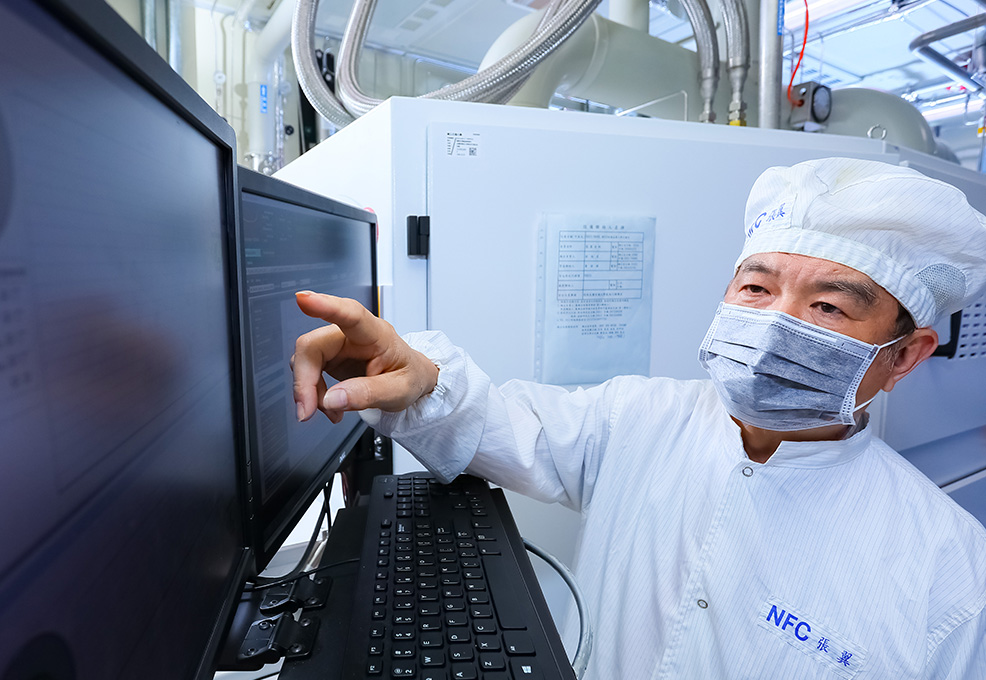 After TSMC’s advanced silicon wafer process technology was described as Taiwan’s sacred mountain for protecting the country, everyone began looking for the next sacred mountain or group of sacred mountains. Many people are focusing on the III-V compound semiconductor industry. Edward Yi Chang, Dean of the International College of Semiconductor Technology of National Yang Ming Chiao Tung University, is the originator of Taiwan's compound semiconductor industry. Starting from Hexawave, Inc., the first gallium arsenide device manufacturer in Taiwan, innovation and entrepreneurship have forged an indissoluble bond with him.

Professor Edward Yi Chang has been engaged in compound semiconductor research for more than 30 years. He is one of the few experts in Taiwan. He has carried out in-depth research on the epitaxial growth, packaging, and module assembly of compound semiconductor devices. In recent years, more efforts have been devoted to the research and development of gallium nitride devices and processes. In addition to obtaining the TRUST-U Project of the Ministry of Science and Technology, he has also actively commercialized his research and development results. He founded YLTLink Technology Co. which specializes in epitaxial growth, and Infinity Communication Tech. Inc. which manufactures devices focusing on applications such as 5G, automotive use, defense, and aerospace. All of these efforts can be regarded as the best model for commercializing academic research and development results through innovation and entrepreneurship.

Professor Chang returned from the USA to Taiwan and started teaching at National Yang Ming Chiao Tung University (NYCU) in 1990. In 1992, Hexawave Inc. invited Professor Chang, as a consultant to the company, to provide technical advice and to assist in the training of technical talents in the gallium arsenide industry. At that time, the wireless communication industry was just in the beginning stage, and Taiwan's compound semiconductor industry had no foundation at all. The students under the guidance of Professor Chang and the Engineers of the III-V compound semiconductor industry inspired by Professor Chang have successfully established companies such as Transcom, Inc., VPEC, and AWSC, which promoted the upsurge of Taiwan's gallium arsenide device industry and successfully established Taiwan’s pivotal position in the global gallium arsenide industry.

After the year 2000, Professor Edward Yi gradually shifted his focus to industry-academia collaboration and technology transfer. When Intel, the global semiconductor giant, selected III-V compound semiconductor partners from around the world, the visitors from Intel were surprised to see that Professor Chang's laboratory had everything from materials, manufacturing processes, to the entire test equipment. At that time, even well-known universities such as Stanford and UC, Berkeley in the United States did not have such complete gallium arsenide research facilities, so Intel started a five-year cooperation project with Professor Chang's team. This cooperation pioneered the research and development of domestic III-V/Si integration technology, and then carried out relevant research with TSMC for five years. He also assisted TSMC to set up a GaN power device research department, laying a solid foundation for TSMC's gallium nitride power device foundry business today.

Besides the two iconic companies of Intel and TSMC, Professor Chang has also cooperated with Panasonic, Sharp, Samsung Cheil, Entegris, Quinstar, Malaysia Telecom, Veeco, Ulvac, and other international companies for many years. In addition, he makes better use of the independent research and development results derived from these international co-operations to assist domestic companies (such as Hexawave, Inc., Elite Advanced Laser Corp., Comchip Technology, and Truelight Corp.) to establish new business units or spin-off new companies to engage in GaN-related epitaxial growth or device manufacturing. Such assistance has spurred domestic companies to enter this emerging technology field and provide new growth momentum for Taiwan industry.

Professor Chang has also made outstanding achievements in spilling innovative academic and research results to expand the scale of the industry. Between 2005 and 2020, for NYCU’s "Outstanding Contribution Award for Industry-Academia Technology Exe," Professor Chang won the 9 Golden Eagle Awards (first prize), and also won NYCU’s "Lifetime Honor Award for Industry-Academia Contribution." In the past ten years, Professor Chang has obtained more than 430 million dollars (NT) in technology and patent licensing, and in industry-academia collaboration projects. Apart from receiving the "Outstanding Technology Transfer Contribution Award" from the Ministry of Science and Technology, the "University Industrial Economic Contribution Award" and the "Industrial Innovation Academia Award" from the Ministry of Economic Affairs, Professor Chang’s industry-academia achievement is also No. 1 in NYCU, making outstanding substantive contributions to the technology/patent transfer performance of NYCU.

Continuing to spill over the results of academic research through entrepreneurship, and promoting further expansion of the overall industry scale

Besides helping enterprises succeed in industry-academia collaborations, Professor Chang also personally practiced the spirit of innovation and entrepreneurship, hoping to transform top academic research results he retains into cutting-edge technologies with commercial value, and make Taiwan's compound semiconductor industry more internationally competitive, allowing Taiwan to become an important international technology center. In recent years, with the support of the Ministry of Science and Technology’s TRUST-U Project, Professor Chang assisted in the establishment of two gallium nitride start-up companies; one is YLTLink Technology Co., which mainly produces gallium nitride epitaxial wafers for radio frequency devices, and the other is Infinity Communication Tech. Inc., which mainly produces gallium nitride radio frequency devices, power amplifiers, and modules for 5G and microwave communications. These are all high-tech companies established using the most advanced technologies developed by NYCU. Professor Chang hopes to lead Taiwan into another upsurge of the compound semiconductor microwave communications industry.