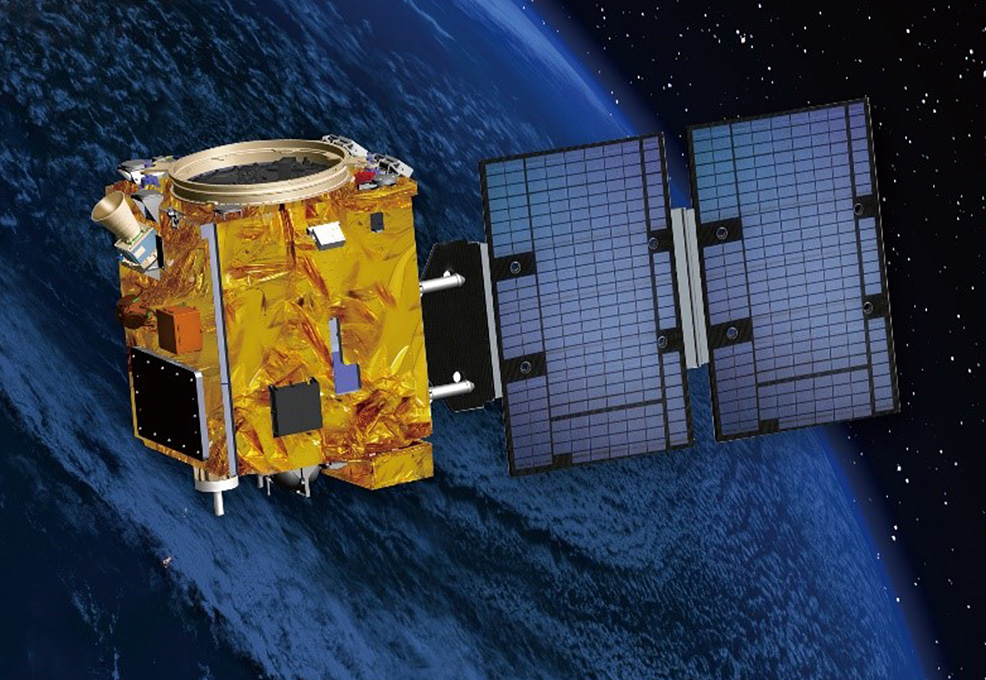 The Triton satellite, which is expected to be ready for launch in 2022, is Taiwan’s second self-made satellite. In addition to many domestically-made components, it will also carry the GNSS-R receiver payload, developed by a domestic team, for the first time. The Triton satellite will operate in a sun-synchronous orbit of about 600 kilometers altitude to collect GNSS signals reflected from the ground surface. From the collected signals, data users can conduct studies on soil properties, air-sea interaction, and typhoon intensity prediction. This article first briefly introduces the principle of using GNSS reflected signals to measure sea surface wind field parameters, then illustrates the development of the Triton satellite and its payload characteristics, and finally describes the relevant features of the domestically developed Triton data processing system.

The Triton satellite, the second Taiwan-made satellite, is expected to be launched in the fourth quarter of 2022 and will operate in a sun-synchronous orbit at an altitude of 550 km to 650 km. The Triton satellite weighs 300 kilograms and uses more domestic satellite components than FORMOSAT-5, including: a satellite computer, power control unit, GPS receiver, fiber optic gyroscope and propulsion system, etc. Most importantly, the Triton satellite is equipped with a self-made GNSS-R receiver payload by NSPO, NCKU, and ITRI. This satellite will collect GNSS system signals reflected from the surface in low earth orbit (LEO) so that further research can be conducted in areas such as soil characteristics, air-sea interactions, and typhoon strength prediction from collected data.

The GNSS reflection signals collected by LEO satellites can be used to obtain sea surface wind data after data inversion. Since there are still many uncertainties in the high wind speed inversion observations, the GNSS-R receiver of the Triton satellite features an on-orbit software/firmware modification function that can enhance scientific operation and application. In addition, the GNSS-R receiver can also receive signals from Japan’s Quasi-Zenith System (QZSS) satellites. This feature will increase the number of data observations by a factor of two, greatly improving the satellite’s capability to observe sea surface wind speeds in East Asia, thereby improving the accuracy of severe weather forecasts.

Finally, in terms of data provision, NSPO, NCU, and CWB have jointly developed the Triton data processing system. Among them, the algorithm developed by NSPO can eliminate the influence of different signal structures and improve the spatial resolution of the inversion results. The algorithm developed by NCU takes into account wave dynamics and air-sea interaction factors, which can improve the accuracy of the inversion results. The CWB used the existing Taiwan Radio Occultation Process System (TROPS) as the basis, and the algorithm modules developed by NSPO and NCU were integrated into the TROPS platform. In the future, after the Triton satellite is launched into space, the data processing system can quickly automate processing, providing high-resolution and accurate sea surface wind speed inversion products to users. It is believed that the Triton satellite system will significantly contribute to the management of Taiwan’s marine environment.