Create Regional Revitalization Business with the Help of Science and Technology 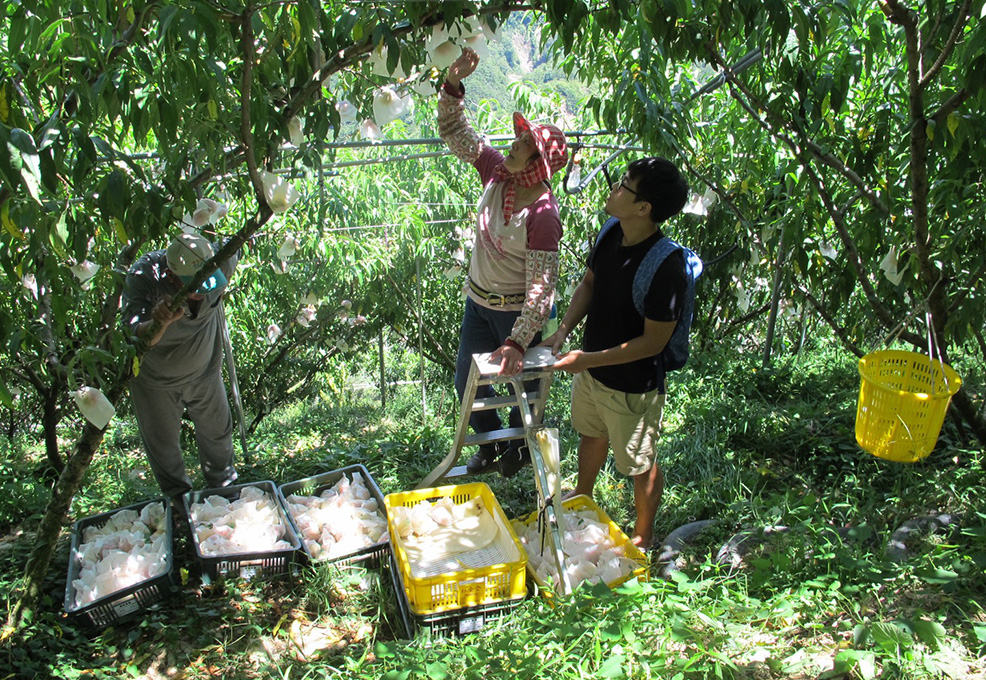 Since the end of World War II, the countries in East Asia have witnessed industrialization and urbanization at an accelerate pace. Rural population moved to the cities in each region, while the population of the cities in each region concentrated in the capital, resulting in the growing gap between urban and rural areas. In the 1990’s, some scholars have pointed out that the “Marginal Settlement” faced the challenge of population loss and thus it was difficult to support the operation of local governments economically. In 2014, “Local Elimination Theory” further pointed out that the phenomenon of aging society and the imbalance between urban and rural development will lead to the disappearance of nearly 900 municipalities. In response to this issue, the Japanese government put forward the policy of “Regional Revitalization”, trying to create employment opportunities in areas and villages outside Tokyo so as to reverse population outflow.

Taiwanese population structure resembles Japan’s, and it is also faced with the similar problems － aging society, over-concentration of population in metropolis, unbalanced development between urban and rural areas, etc. The Executive Yuan’s year-end press conference in December 2017 stated that it would actively promote the policy of “Regional Revitalization”, with “Living and Working in Peace”, “Living Endlessly” and “Balancing Taiwan” as the three major administrative axes. In terms of ‘Balancing Taiwan”, it is intended to develop the industries with local characteristics, and attract young and middle-aged people to stay in their hometown/return home, so as to address the issue of population and labor loss in rural areas. Professor Tseng, Shu-Cheng, former Deputy Minister of the National Development Council, once  indicated that the policy goal of regional revitalization is to “create job opportunities, alleviate the problem of population (decrease), improve the conditions for raising future generations, and create vitality for local areas”, encouraging and supporting people who care about local development to put into action, mobilizing industry, government, academia and all sectors of society, pooling resources, building consensus and developing creativity. It proposed different solutions to existing problems and tried to create new opportunities for local areas.

In 2014, Hung, Yi-Hung, who worked as a substitute civilian serviceman in Gao Yi Elementary School in remote Fuxing Township, found that parents who worked as fruit farmers had to go out to work to support their families because of their low income. As a result, children are often left without proper care and had the problem of grandparenting. Encouraged by many predecessors engaged in social work and education in rural areas, Hung decided to help the local Kaviiland tribe fruit farmers produce and sell peaches in a fair way with the expertise of international trade he had learned from the university. Hung’s idea succeeded beyond expectations. Without the support from resellers, the sales volume of fruit farmers did not shrink but increased by more than 10,000 compared with previous years instead, and the income increased by two to three times (Pan, Tzu-Chi, 2015). Motivated by this successful case, Hung set up a company after discharge from the service with alumni of his alma mater as an intermediary between fruit farmers and consumers, and he intended to expand the proportion of tribal fruit farmers who produce and sell their own products, so as to achieve the goal of improving tribal economy and increasing local employment opportunities. The is named Kaviiland, which means “traveling in clouds and mist” in the old Atyal language. It is also the place, Gaoyi Tribe, where the company started. 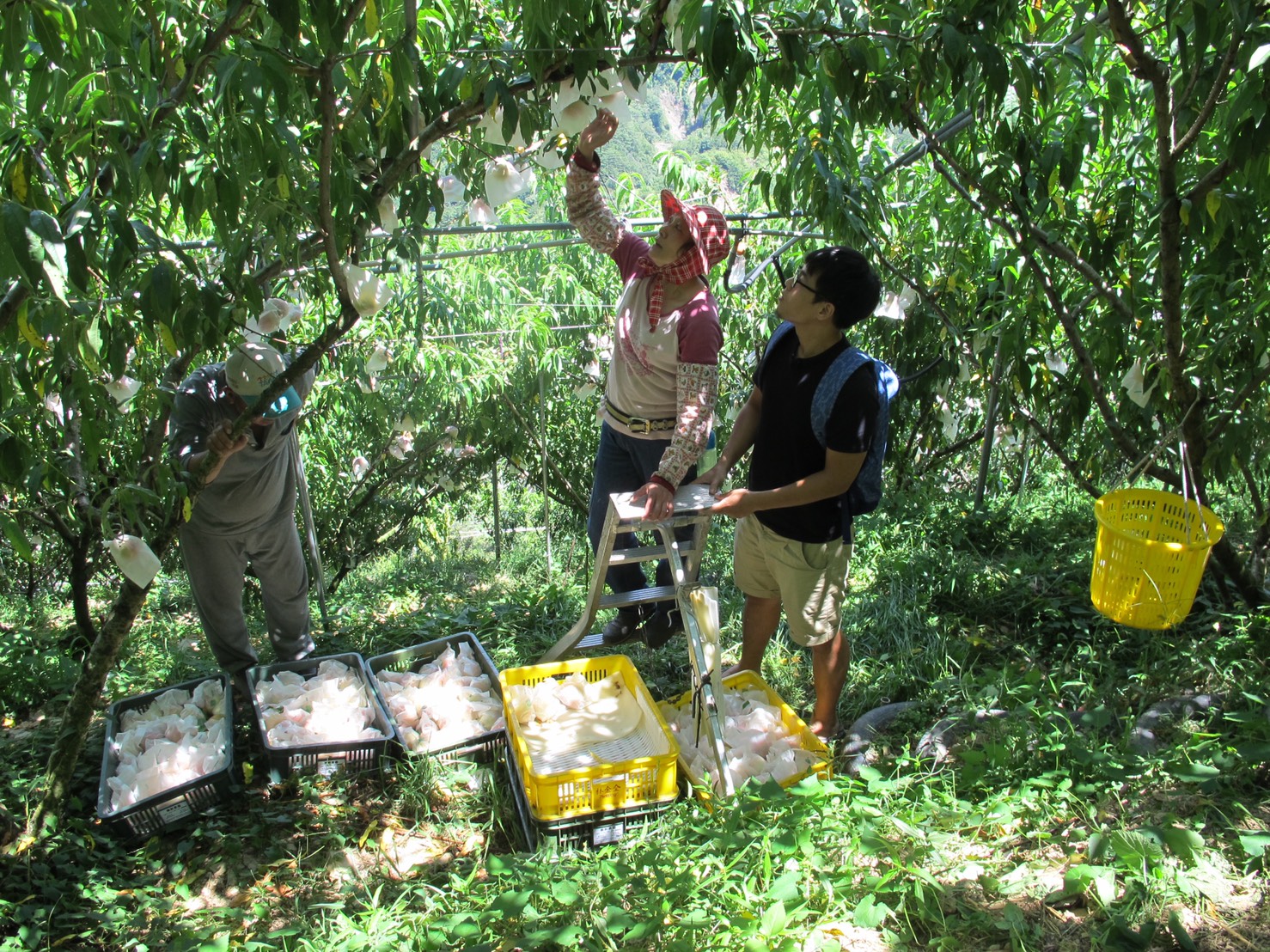 After the successful case of increasing the income of local fruit farmers, Kaviiland encountered another challenge － “goodwill products” (fruits with imperfect looks) with a yield as high as 30% were often discarded. In recent years, climate change has not only reduced the yield, but also caused many fruit shapes to fail to meet the purchase specifications. Farmers suffer losses as up to 30% of the goodwill products can’t be sold. Furthermore, improper disposal of discarded fruits leads to endless bacterial damage and pollution of the local environment. According to Kaviiland’s research, “goodwill products” with poor appearance still have considerable quality in flavor, so through the “Smart Fruit Cold Chain System”, these fruit-made puree raw materials eliminated by the production and marketing system are resold to food processing plants, so that these goodwill products can be saved from being discarded, and the income of farmers can be increased at the same time. In 2019, Kaviiland took part in the “From IP to IPO (FITI)” organized by the Ministry of Science and Technology, and it was impressive to solve social problems and create local vitality with technology, and finally won the “Potential Award”. In 6-month training program, FITI provided mentors and venture capital connections in the field of science and technology to further strengthen the business model and increase Kaviiland’s profits.

Hung, Yi-Hung, the founder of Kaviiland, said that the most challenging hurdle when promoting the Smart Fruit Cold Chain System in producing areas is to keep the quality stable. Therefore, Kaviiland also uses big data to find out differences, adjust sugar content, water content and pH value to achieve automatic correction, and at the same time, collect and ship goods down the mountain to reduce loss and freight costs. Kaviiland’s practice makes it unnecessary for farmers to replant crops that are conducive to processing, while sacrificing the original fresh fruit consumption market. Instead, it brings new income to farmers in the original fresh fruit market. Kaviiland’s next plan is to strengthen the front-end information system. For example, in the case of warm winter, production may drop. If there is an accurate weather forecast, farmers can make adjustments in advance, and at the same time, small farmers can be supported and Kaviiland Company can make a profit. Although the cold chain system is not a new technology, Kaviiland use it with delicate skill to solve the old problem of unbalanced fruit production and sales in Taiwan.

Regional revitalization is a long-term regional development, and Kaviiland intervenes with the power of science and technology to help reduce the loss of farmers in the production process, so that local industries with local characteristics can develop, and local habitants can reside, work and live here with peace of mind. Through the attempt of scientific and technological innovation with local humanistic care, we try to balance regional development and achieve the goal of “revitalization”. The Ministry of Science and Technology is also dedicated to encouraging people to combine science and technology to create regional revitalization business, such as opening up air quality, earthquake, water resources, and disaster prevention databases, and calling the proposal of new services and solutions to create a better local life through Civil IOT Taiwan program.