Should We Filter Blue Light? Effects of Blue Light on Perception and Cognition 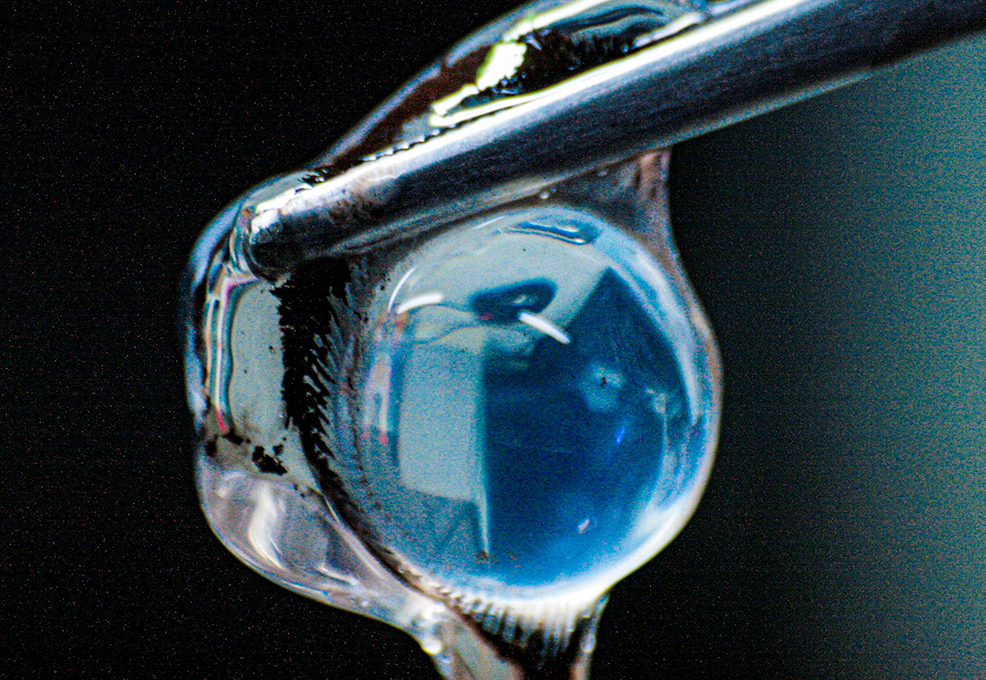 People currently spend a considerable amount of time reading and browsing on electronic products like computers and cellphones, exposing us to high-energy blue light every day. There is no consensus, however, on whether or not exposure to blue light is beneficial: while some products offer options to filter out blue light, other companies encourage the use of blue light enriched LED lights in the office setting. It is commonly known that exposure to blue light can delay the time we feel drowsy at night, but the benefits of blue light exposure may not be as widely known. Recent animal studies suggest that the stimulation of a newly discovered photoreceptor, intrinsically photosensitive retinal ganglion cells (ipRGCs), activates brain regions related to eye movements, but it remains unclear whether and how blue light affects human mental processes. Our research team conducted a series of studies to explore the effects of blue light, and our results showed various effects of blue light stimulation on human perception and cognition: Blue light expands subjective time perception compared to red light and facilitates dynamic vision and eye movements, perhaps through ipRGCs and related neural mechanisms. However, it does not help with audio-visual integration; instead, red light would delay visual processing through inhibiting the magnocellular pathway so that a visual target would need to appear earlier than the sound to be perceived as simultaneous. This scientific evidence could be broadly applied to individuals’ choice regarding whether or not to use blue-light filters on electronic devices.

However, blue light exposure may also be beneficial in terms of cognitive performance. A lighting designer named Mark Hensman used blue light in a restaurant and found that customers became more active at night, after around 10 p.m., unlike in restaurants with more conventional long wavelength lighting. Collaborating with neuroscientist Russell Foster at the University of Oxford, this phenomenon was explained by the activation of a non-visual pathway that controls the internal clock and circadian rhythm by blue light. Some companies (e.g., Philip) use LED lights in their offices to increase work efficiency due to the activation of this pathway via blue light, and additionally to save energy. Blue light is all around us—should we wear blue light filtering glasses? Can blue light enhance certain aspects of human perception and cognition?

We analyzed data from individuals performing a variety of tasks under different levels of light and found beneficial effects of blue light. Our published studies (see the links) showed results on subjective time perception expansion, multisensory integration, and dynamic vision.

Since blue light has been shown to affect our circadian rhythms, which are regulated by a brain region that is also associated with time perception, we chose to investigate the effect of blue light on time perception. We investigated this with a task where individuals judged the duration of viewing a specific target while on different background colors. Results showed that individuals perceived a longer subjective duration while viewing the target on a blue background compared to on a red background. Furthermore, the follow-up experiment suggested that this was caused by increased stimulation of ipRGCs, which perhaps increased arousal or attention so as to expand subjective time perception.

We use dynamic vision all the time in our lives. When playing baseball, we judge the depth of the ball with respect to our position as the pitcher throws it; when pursuing an annoying mosquito, we need to use our abilities of eye pursuit to track the constantly moving small black speck; and when playing basketball, we look at the ball that is frequently being dribbled upwards and downwards. Our study showed that blue light enhanced dynamic visual accuracy for downwards motion when the task was difficult and increased eye pursuit accuracy, but lowered depth perception accuracy.

In addition to the effect of blue light, we also found that red light can affect our multisensory integration ability. When making coffee, only when you hear the sound of boiling water, smell the aroma of coffee, and see the beautiful dark brown color can you determine if this is a perfect cup of coffee. Multisensory integration is everywhere, and in our study, we found that different background colors can influence this ability. To investigate this, individuals performed a task where they saw a short flash of light, and then heard a beep before, at the same time, or after the flash. Their task was to judge whether or not the flash and beep occurred at the same time. We found that the visual target needed to appear earlier than the sound for them to be perceived as occurring simultaneously. This may result from the red background delaying visual processing by inhibiting the magnocellular pathway in the brain, influencing multisensory integration.

Overall, if you need the effects of blue light stated above, you may want to reconsider getting blue light filter glasses. If, however, you have trouble sleeping at night and do not have those needs, then it may be beneficial for you to filter out blue light.