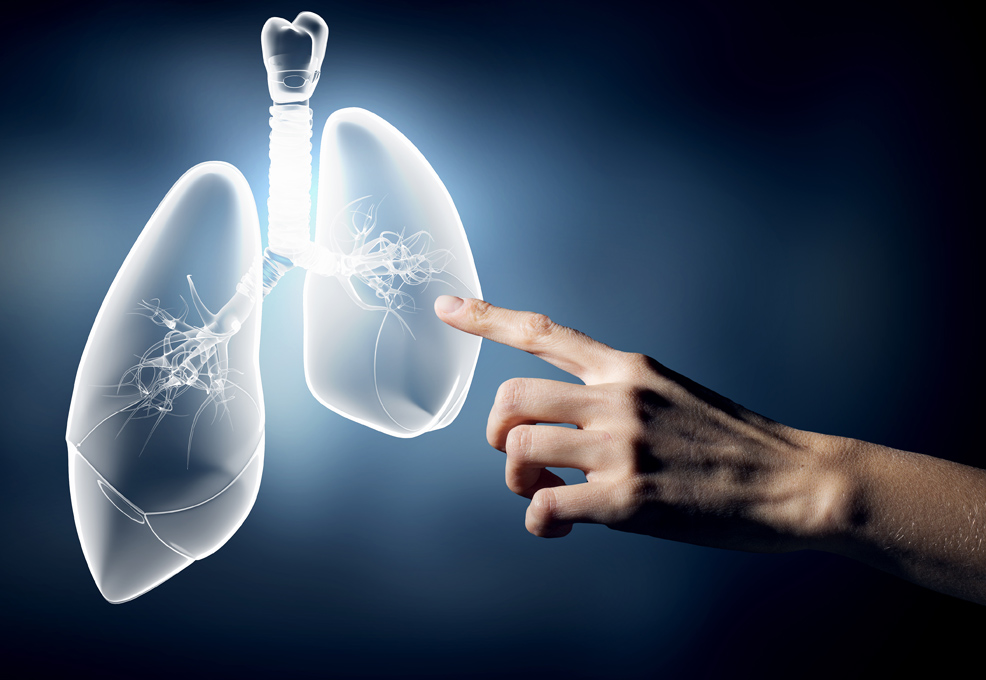 In our lab, we have established a powerful in vivo lung cancer tracing system for cancer therapy. We used this system and clinical specimens to find that USP24 is involved in cancer progression. In this study, we found that USP24 was not only up-regulated in lung cancer cells but also in the M2 macrophages localized within tumor-associated microenvironments. IL-6 expression was significantly increased in M2 macrophages around cancer cells and lung cancer cells, and the IL-6-deprived conditioned medium abolished the angiogenetic, migratory and chemotactic properties of the cells. We further addressed the molecular mechanism and found that USP24 increases IL6 expression through stabilizing p300 and β-TrCP, and decreases the levels of DNMT1 and IκB, subsequently increasing IL-6 in M2 macrophages and lung cancer cells. IL-6 is a critical target for cancer drug development. Here we provide direct evidence to support that USP24 promotes lung cancer malignancy through increase in IL-6 expression, which might be beneficial for cancer therapy. Now we are developing structure-based USP24 inhibitors to inhibit malignant cancer and drug resistance. 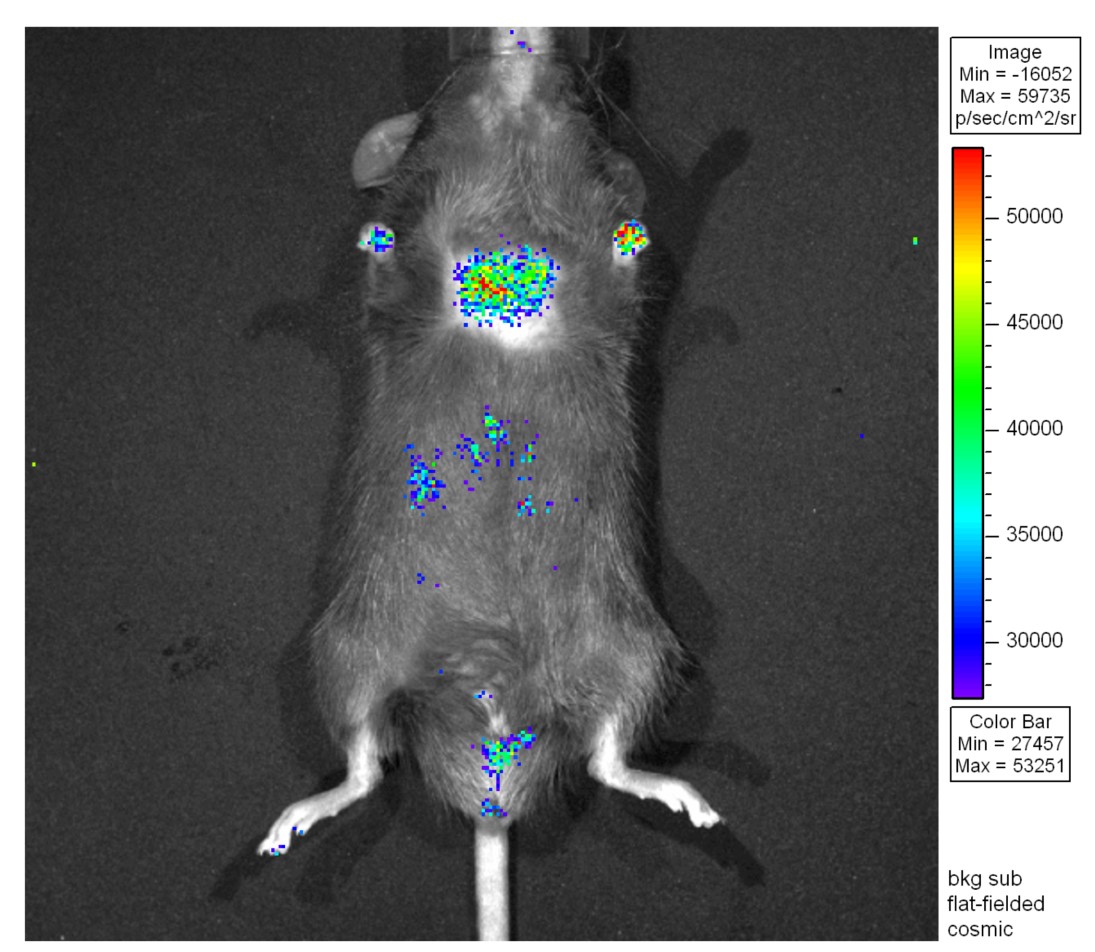 “Lung cancer cells were traced in mice by detecting the signal of luciferase activity, which can be used not only in drug resistance studies but also in studying the effects of carcinogens, such as smoking and PM2.5.”

Although various treatments have been developed for preventing lung cancer including chemotherapy, radiotherapy, target therapy, immunotherapy and cell therapy, lung cancer is still the major cause of cancer deaths worldwide. The major reason is the “drug resistance” during the various cancer therapies. How to overcome this problem is an important issue in cancer prevention. Increasing evidence indicates that not only cancer cells, but also others such as immune cells are involved in the induction of drug resistance during cancer therapy. However, most of the studies in this field are still in the in vitro or in vitro stages in immune-deprived mice, and only a few have been performed in wild-type mice. Therefore, establishing a complete lung cancer disease model is essential for the study of molecular mechanism(s) and drug development for the treatment of lung cancer. With this aim in mind, we have constructed in vivo tracing lung cancer animal models with real-time prognosis using a continuous bioluminescence imaging system (Figure). This in vivo cancer cells tracing system can be used to study the drug resistance and the effect of carcinogens, such as nicotine and PM2.5. 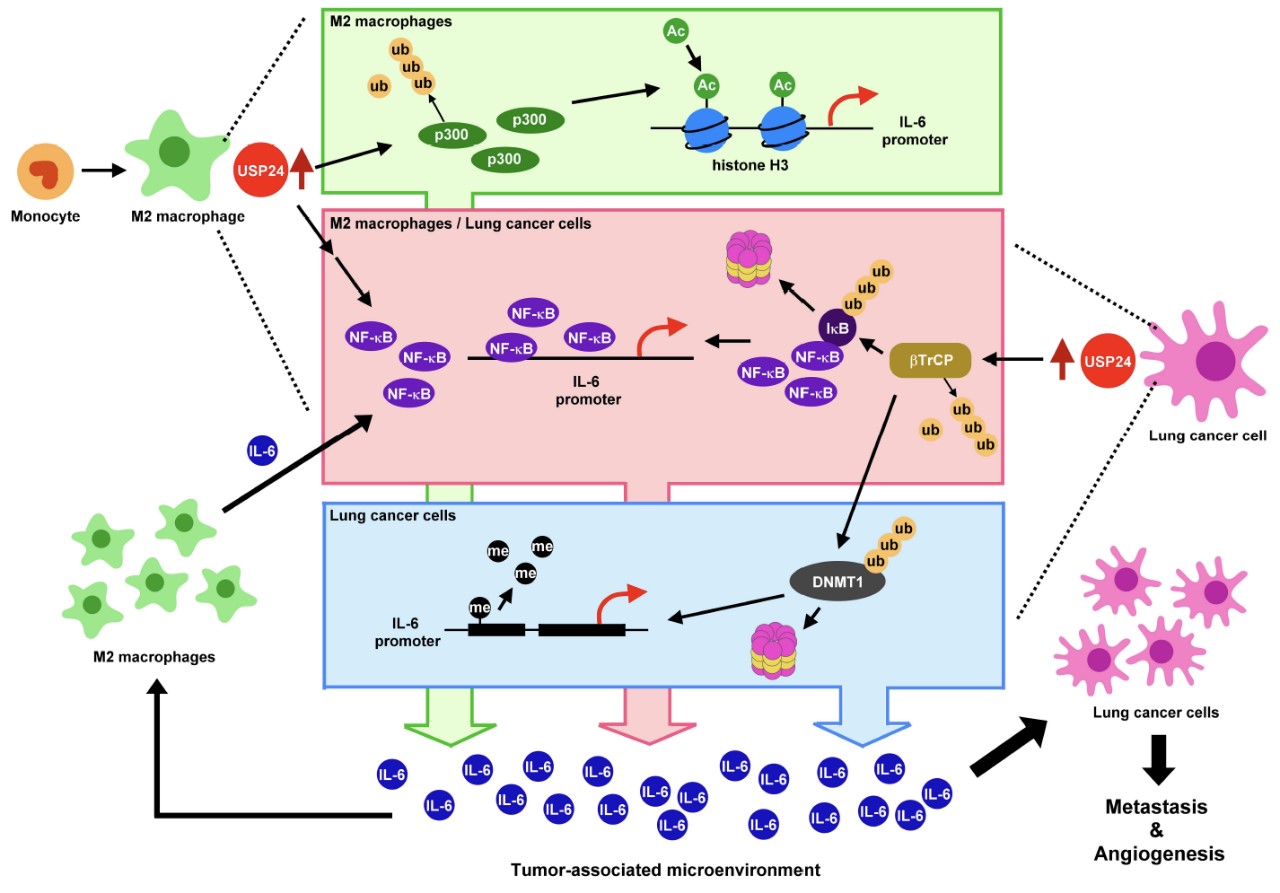 Fig.1. USP24 up-regulated in tumor-associated macrophages and cancer cells increases the expression and secretion of IL6 to enhance cancer malignancy.

The ubiquitin-specific peptidases (USPs) are the main members of the deubiquitinase family. Many studies have addressed the roles of USPs in various diseases. An increasing number of studies have indicated that USPs are critical for cancer progression, and some have been used as targets to develop inhibitors for cancer prevention. In the study shown in Figure 1, we used our wild-type spontaneously induced lung cancer animal models and clinical patient samples to provide convincing evidence to support the finding of distinguishable mechanism details regarding USP24-induced IL-6 expression in the tumor-associated M2-macrophages and cancer cells. In the M2-macrophages, USP24 increased p300 levels, thereby inducing the levels of NF-κB and histone 3 acetylation and resulting in IL-6 expression. In the lung cancer cells, USP24 increases the acetylation of histone H3 and the degradation of DNMT1 and IκB by increasing p300 and β-TrCP respectively. This resulted in the recruitment of histone 3 acetylation to the promoter region of IL6, reduced the DNA methylation, and increased NF-κB nuclear translocation, thereby facilitating IL-6 expression (Fig. 1). 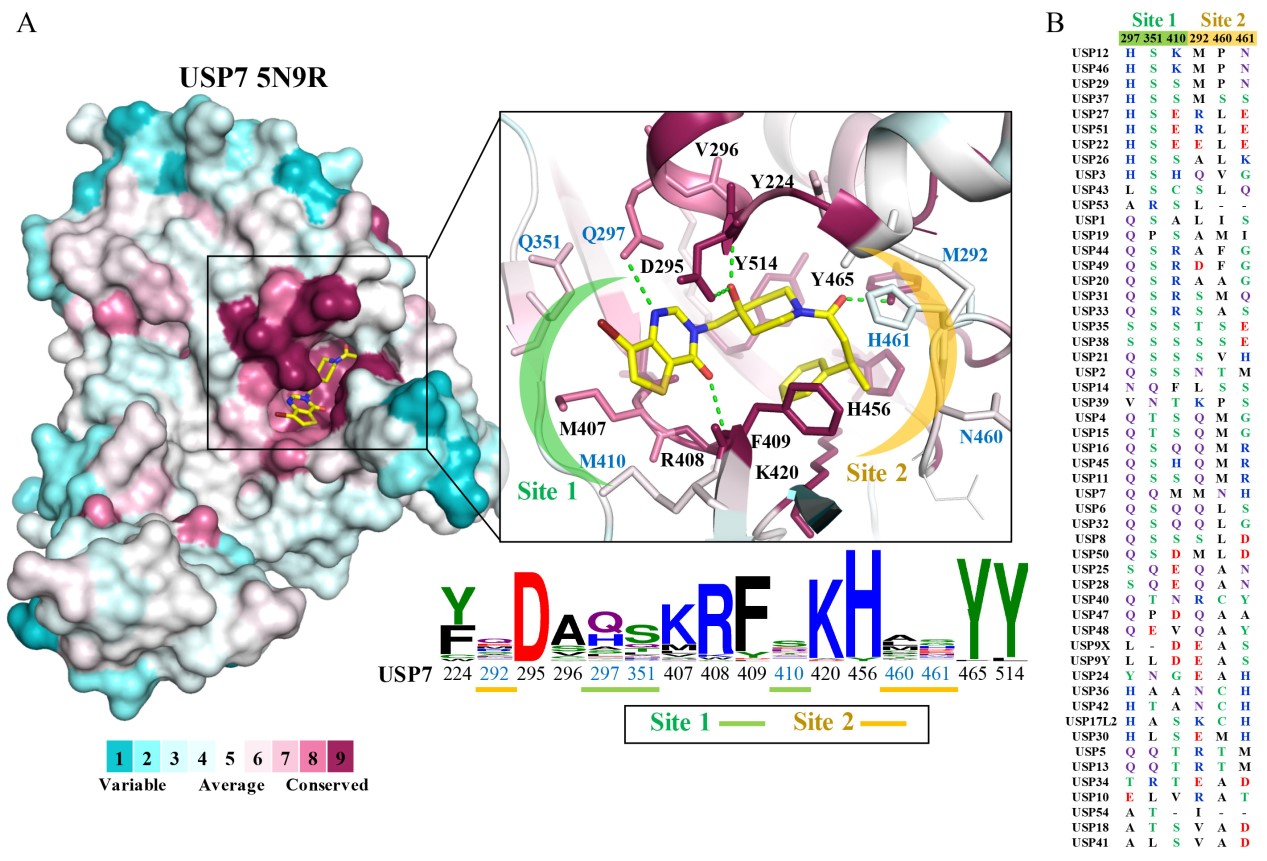 Fig.2. The USP family of proteins contains conserved and non-conserved catalytic regions. The specific regions in the various USPs can be used to determine specificity during drug development.

We have used the USP24 structure to screen the inhibitors by docking the catalytic motif of USP24 with many small molecules from the molecule library for blocking the metastasis and drug resistance of cancer cells (Fig.2). Several potential inhibitors have been found to be able to inhibit cancer malignancy and drug resistance in in vitro enzymatic assay and cellular experiments, and we are now studying the effects of these compounds and their derivative compounds optimized by the structure-based modification in vivo by using the SCID mice and our wild-type spontaneously induced lung cancer animal models. In the future, we hope that we can develop useful clinical-use drugs for preventing or delaying drug resistance during cancer therapy.
RELATED