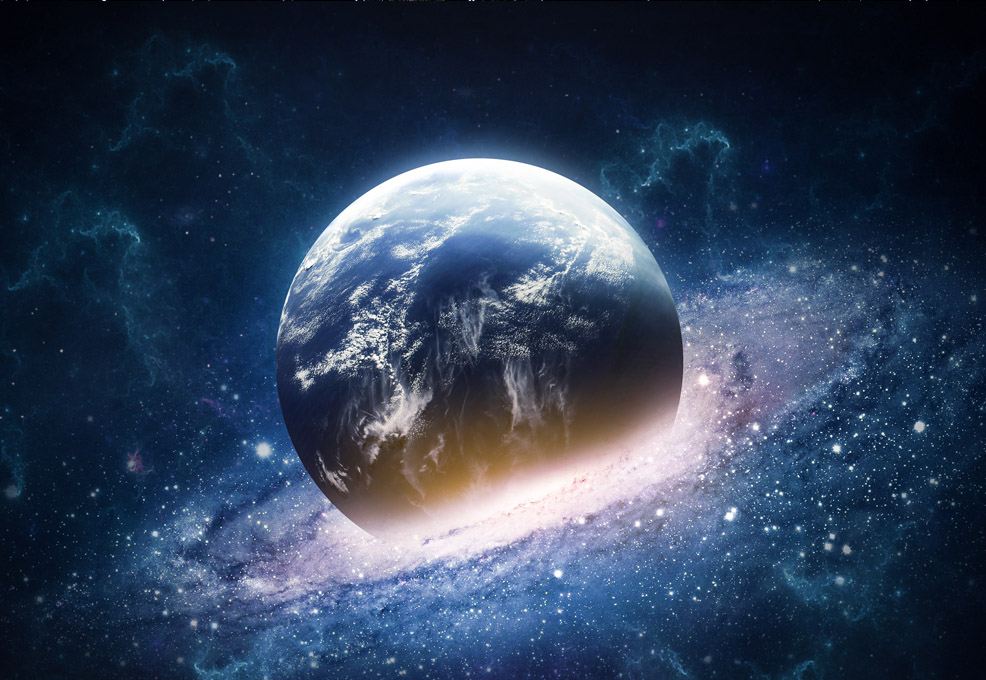 We are not alone. To date, thousands of planets have been discovered beyond our own Solar System. Planets are believed to form in disks of rotating gas and dust around young stars called protoplanetary disks (PPDs). In the mainstream, “bottom-up” scenario, small dust particles aggregate to form intermediate sized planetesimals, before being assembled into planets. However, this picture is complicated by the interaction with gas in PPDs. Thus, we have developed a simple model to describe the complex dust-gas interaction in PPDs, and have applied it to study key problems in the early epochs of planet formation.

Where do we come from? This is a question that everyone asks at some point in their lives. However, this apparently innocent question has puzzled humankind since the dawn of time. It is a mystery that transcends age, gender, race, culture, and history. It is a simple question, yet the answer is far from so.

In order to trace the origin of life, we need to first understand how our home — Earth — was formed. This, in turn, requires us to study the formation of the Solar System. In fact, as of May 2019, there are over 4,000 planets in over 3,000 planetary systems outside the Solar System. Planets appear to be ubiquitous in the Universe. While the details of planet formation remain elusive, we have a rough idea of the overall picture. Planets are believed to form in disks of gas and dust surrounding young stars. Recent observations of these protoplanetary disks (PPDs) indeed reveal detailed structures that hint at ongoing planet formation.

In the mainstream ‘core accretion’ scenario, planets are formed in PPDs via the coagulation of km or larger sized planetesimals through gravity. However, solids in PPDs begin as micron-sized dust particles. How do they grow into the building blocks of planets? These dust particles are immersed in a gaseous environment. Thus, to study planetesimal formation we need to model the interaction between gas and dust. Current state-of-the-art computer simulations follow the evolution of individual dust particles as they traverse the gaseous PPD. This approach, while realistic, is often expensive and the results are sometimes difficult to interpret in a straightforward way. It would therefore be useful to have a simpler model of dusty-gas in PPDs.

To this end, we have developed a model of dusty gas that captures the essential features of dust-gas dynamics in PPDs without the complexity or expense of explicitly following the dust species (Lin & Youdin, 2017; Fig. 1). Our model is best applied to the small particles in the outer parts of PPDs. With this limit, we showed that the two-phase, dusty-gas disk is equivalent to a single-fluid with a special cooling law. The model closely resembles those in textbooks in fluid dynamics. Its simplicity allows it to be readily implemented in computer codes to simulate dusty PPDs. Furthermore, its connection to standard fluid dynamics allows us to understand dusty gas phenomena in terms of hydrodynamics, and to discover dusty analogs of hydrodynamic phenomena. We have applied this new framework to study two basic problems in planet formation theory, as described below.

Figure 1.  We have developed a hydrodynamic framework to study the dynamics of dusty gas. We demonstrated a physical analogy between dusty gas (left) and pure gas dynamics (right). This connection allows one to study dusty-gas in PPDs using the standard equations of fluid dynamics. Lin & Youdin (2017)
Current models of planetesimal formation only operate when the volume density of dust is sufficiently high relative to the gas. Typically, a ratio of at least 1:1 is needed, compared to a ratio of 1:100 inherited from the interstellar medium (ISM). One way to raise the dust-to-gas ratio is to allow dust particles to sediment towards the disk midplane. This happens because dust feels a downwards gravitational force from the central star, as well as a drag force from the gas. As dust piles up in the midplane, it would eventually trigger planetesimal formation. However, this picture can be complicated by the presence of turbulence, which often stirs particles back up (Fig. 2). Previous studies show that the degree of dust settling only depended on the assumed size of dust particles and the strength of turbulence. Using our new model, we showed that in fact the result also depends on the total amount of dust: a disk with more dust mass develops thinner dust layers. An enhanced solid content relative to the ISM is thus necessary for planet formation.
Figure 2. Numerical simulation of dust settling in turbulent PPDs. In the top panel the solid-to-gas mass ratio is 1%, a value typical of the ISM. In the bottom panel, this ratio is 10%. At low solid abundance turbulence stirs up dust particles. Increasing the solid abundance allows particles to form a dense midplane, which is favorable for planet formation. Adapted from Lin (2019).
Once a dense particle layer forms at the midplane, we expect planetesimal formation, and subsequently the formation of protoplanets. These protoplanets can further interact with its surrounding disk, resulting in a variety of sub-structures such as dust rings, gaps, and even asymmetries. Such substructures are now frequently observed in real PPDs, and are often taken as signposts of ongoing planet formation. In Fig. 3 we show the results of a numerical simulation of a 30 Earth-mass planet embedded in a dusty PPD. The massive planet carves out a gap in the disk, and further induces asymmetric structures (“vortices”) in both gas and dust. These vortices may also explain some of the observed asymmetries in real PPDs.
Figure 3. Numerical simulation of disk-planet interaction. A massive planet in a PPD opens up a density gap in the disk, which subsequently becomes unstable and develops a large-scale vortex that act as dust traps (at 7 o’clock). The colorbar shows the surface density of gas (left) and dust (right) normalized by their initial values. Adapted from Chen & Lin (2018).
We have developed a simple description of the complex interaction between dust and gas in PPDs. This interaction underpins several aspects of planet formation and evolution. Our model allows us to study dusty-gas dynamics and understand new results in terms of simple hydrodynamics.
RELATED