An Amazing Month for Albert Einstein’s Theory of General Relativity 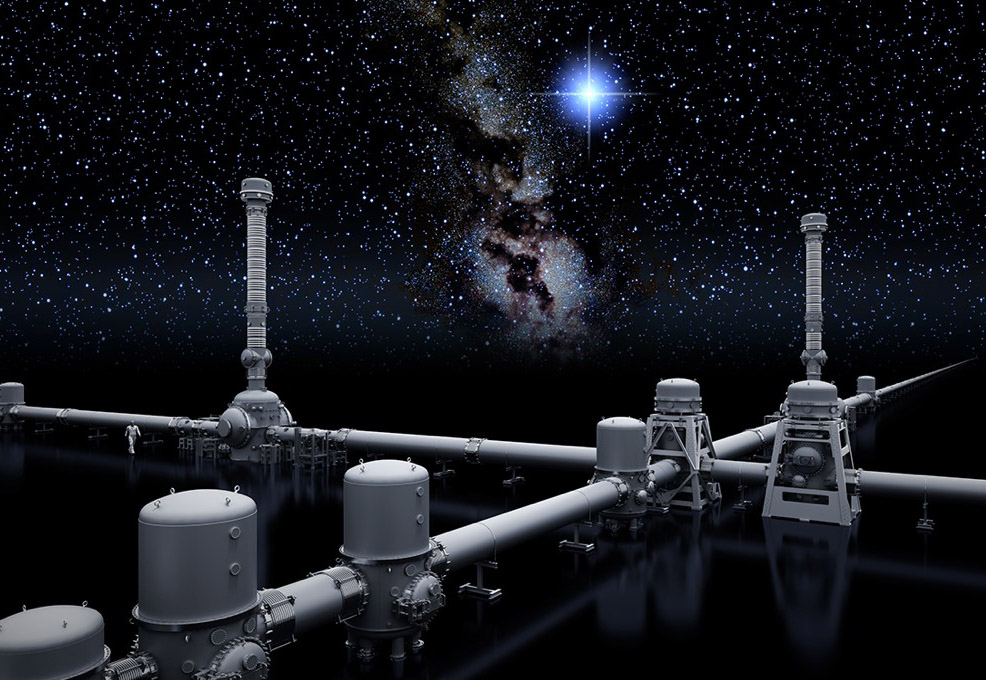 April of 2019 was an amazing month of scientific discoveries related to Albert Einstein’s theory of general relativity. On April 10, the Event Horizon Telescope collaboration announced the first ever image of a black hole. This mind-blowing image is probably one of the best and most famous images captured by scientists. While scientists in Taiwan have been closely involved in this tremendous accomplishment, it is not our only scientific contribution in this amazing month. Meanwhile, the Nobel award winning Laser Interferometer Gravitational-Wave Observatory (LIGO) and Virgo interferometer started their third observation run to search for gravitational waves on April 1. In just a month, LIGO and Virgo have discovered 5 gravitational wave events with 3 being mergers of two black holes. The other two involve at least one neutron star and one of them is possibly the first-ever detection of a black hole colliding with a neutron star. At the time of writing, the LIGO/Virgo collaboration discovered another new merging black hole on May 3. This is compared with the 11 events discovered in all previous observations between 2015 and 2017. These two ground-breaking discoveries demonstrate how decades of hard work in research and development turns imagination and mathematics into real pictures.
Back in February 2016, scientists announced the discovery of the first gravitational wave event coming from a merger of two stellar-mass black holes. This is exactly 100 years after the publication of Einstein’s theory of general relativity. In general relativity, gravity can be explained as a distortion of spacetime. When massive objects accelerate, the warped spacetime will propagate as waves at the speed of light. These extremely weak ripples could stretch and squeeze the fabric of spacetime when they pass by, producing an amplitude equivalent to 1/10000th the size of a proton for the most powerful gravitational waves generated by two colliding black holes. To achieve such a precise measurement, scientists designed laser interferometers such as LIGO for gravitational wave observations. With decades of engineering upgrades, LIGO finally achieved the required sensitivity for the first detection on September 14, 2015.

The detection of gravitational waves not only confirms the final prediction of Einstein’s theory of general relativity, but also represents a triumph of international collaboration for scientific research with more than 1,200 scientists from over 100 institutions. To improve the sensitivity of LIGO, National Tsing Hua University provides crucial technology for state-of-the-art mirror coatings. This is just the beginning of a new discovery. In August 2017, the LIGO/Virgo collaboration detected the first ever collision of two neutron stars giving both gravitational waves and light. This opens a new era of multi-messenger astrophysics offering new opportunities to understand nature in ways that have never been seen. Again, astronomers around the globe worked together to gather every piece of information across the electromagnetic spectrum with ground-based and space-based telescopes. In Taiwan, National Central University and National Tsing Hua University contributed to this international effort and have continued follow-up observations with the Lulin Observatory in central Taiwan for the third LIGO/Virgo observation run beginning in April 2019. Although no electromagnetic counterpart has been identified so far, our observations help rule out candidates.

To look for light from a gravitational wave source, a pinpoint location is crucial to enable follow-up observations by wide field telescopes across the electromagnetic spectrum. By using triangulation, the source localization in the sky provided by the two LIGO detectors and Virgo detector is still quite large and there are always blind regions. Therefore, four detectors are the minimum requirement to enable a full sky coverage and precise localization. The fourth detector, namely KAGRA, is now being built in the tunnels of Kamioka in Japan. Unlike LIGO and Virgo, KAGRA is the only gravitational wave detector constructed underground and the only detector using cryogenic mirrors. These two unique features will increase KAGRA’s sensitivity and will be the key technology in the next generation gravitational wave detectors. To further improve the sensitivity, KAGRA employs an advanced vibration isolation system to reduce seismic noise at low frequencies.

Taiwan has been a major partner of KAGRA, and National Tsing Hua University is leading the effort alongside the Academia Sinica and National Central University. Apart from providing a calibration system, we are building a data center in Taiwan such that researchers in Taiwan can easily access the data for analysis. Scientists in Taiwan will also participate in the operation at KAGRA and will contribute to data analysis. The construction of KAGRA is on schedule and we are aiming to join the LIGO/Virgo observation run in late 2019. We anticipate that this global network of gravitational wave detectors will provide more precise source localization and parameter estimation of gravitational wave source. If we are lucky, we might observe something totally unexpected.