How Do We Predict Future Climate? Development of Climate Modeling System in Taiwan

:::HOME / NATURAL SCIENCES / How Do We Predict Future Climate? Development of Climate Modeling System in Taiwan 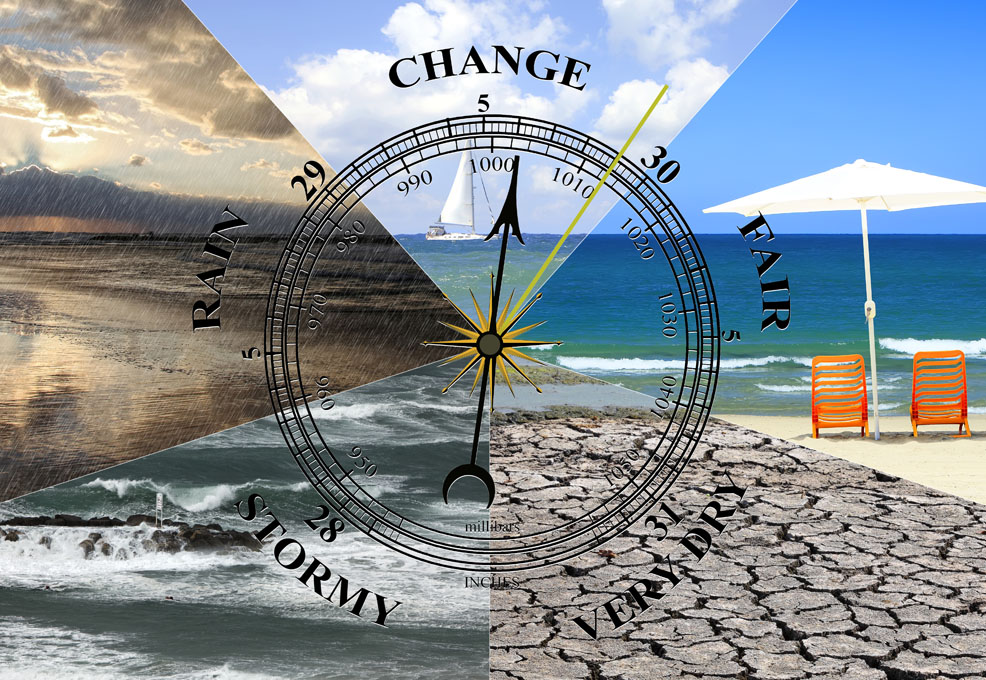 In order to evaluate the potential impact of global warming on the economy and ecosystems, it is necessary to conduct reliable simulations and forecasts of the statistical properties of extreme weather and climate as the scientific basis. To understand the climate system and to predict the future climate change, the Earth system model (ESM) is the state-of-the-art climate model involving sophisticated physical and chemical processes in the atmosphere, ocean, and land. Scientists at the Research Center for Environmental Changes (RCEC) of Academia Sinica have developed the Taiwan Earth System Model (TaiESM) and adopted the High-Resolution Atmosphere Model (HiRAM) from the Geophysical Fluid Dynamics Laboratory (GFDL) to simulate the long-term historical climate change since the Industrial Revolution and future projections for various scenarios. TaiESM has participated in the Coupled Model Intercomparison Project phase 6 (CMIP6), which will be used for the IPCC 6th Assessment Report (AR6). The products of TaiESM and HiRAM have been provided to universities and the government for assessing the impact of global warming in Taiwan. 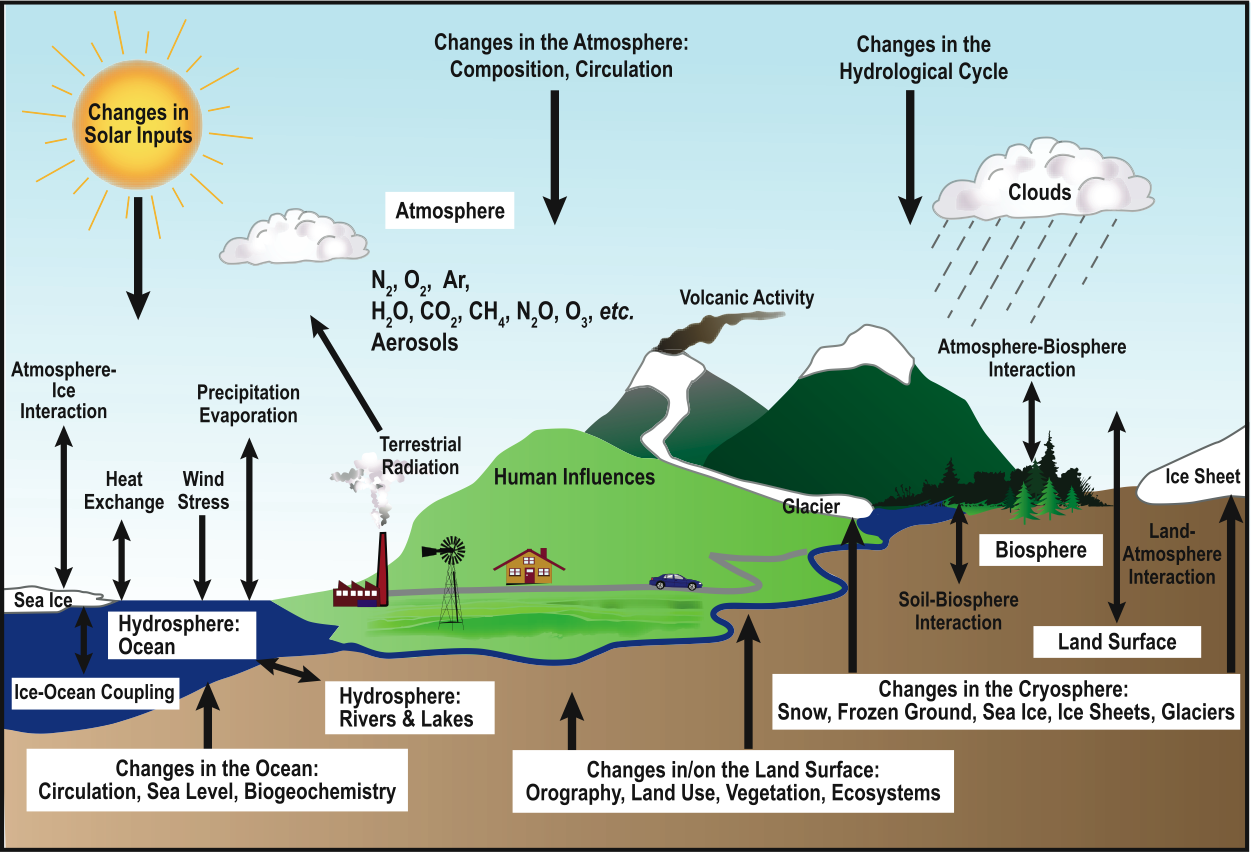 Predicting the future is never an easy task. It is well known that weather forecasts for more than two weeks are not accurate. How could we predict the climate a decade from now? There are two answers to this question: Climate is different from weather, and a climate model is different from a weather model.

Weather is the state of the atmosphere for a short time period, whereas climate is the statistical characteristics of weather, including the mean and variability, over a longer period. Predicting climate is sometimes much easier than people might think. For example, we are not able to predict the weather in Taipei, such as the temperature and probability of rain, for July 1st next year. However, we know that the average temperature of July in Taipei is about 30°C, and thunderstorms occur very often.

A weather model generally focuses on the motion of the atmosphere in a regional domain of the Earth. Because of the chaotic nature of the fluid dynamics, it is very difficult to predict weather beyond a half month. On the other hand, a climate model focuses on the energy exchange within or between the subsystems, such as atmosphere and ocean, of the Earth system. Its approach is to simulate the long-term evolution of the subsystems, particularly the temperature. For example, a weather model cannot tell us if there will be a typhoon landfall in Taiwan on July 1st next year. However, a climate model can predict the change in sea surface temperature over the western Pacific next year, and the probability of a typhoon occurrence near Taiwan can be estimated accordingly. Therefore, a climate model is a suitable tool to understand and predict climate change in the past, present, and future.

Rapid global warming has become an imminent threat to human society and ecosystems in recent decades. In response to this risk, the project of the Consortium for Climate Change Study (CCliCS), supported by the Ministry of Science and Technology (MOST), established the Laboratory for Climate Change Research (LCCR) at RCEC of Academia Sinica. The primary goal of LCCR is to build a suite of climate models with various spatial resolutions to simulate the long-term climate change and future projections, including the development of the Taiwan Earth System Model (TaiESM) and the adoption of the High-Resolution Atmosphere Model (HiRAM).

An Earth system model (ESM), consisting of subsystems including the atmosphere, ocean, land, sea ice, land ice, and vegetation, can simulate sophisticated physical and chemical processes in subsystems and complicated interactions between them. Using the Community Earth System Model version 1 (CESM1) from the National Center for Atmospheric Research (NCAR) of the United States as the basis, researchers of LCCR developed TaiESM by modifying or replacing several important physical processes in CESM1, such as the deep convection, aerosols, and surface radiation. The performance of TaiESM is comparable to CESM1 in terms of mean fields and trends in the historical simulations from 1850 to 2005, while the climate variability in TaiESM is closer to observation, including the El Niño-Southern Oscillation (ENSO), diurnal cycle of rainfall, and extreme rainfall intensity. TaiESM has participated in the Coupled Model Intercomparison Project phase 6 (CMIP6), and the outcome of CMIP6 will be used as the scientific basis of the IPCC 6th Assessment Report (AR6). 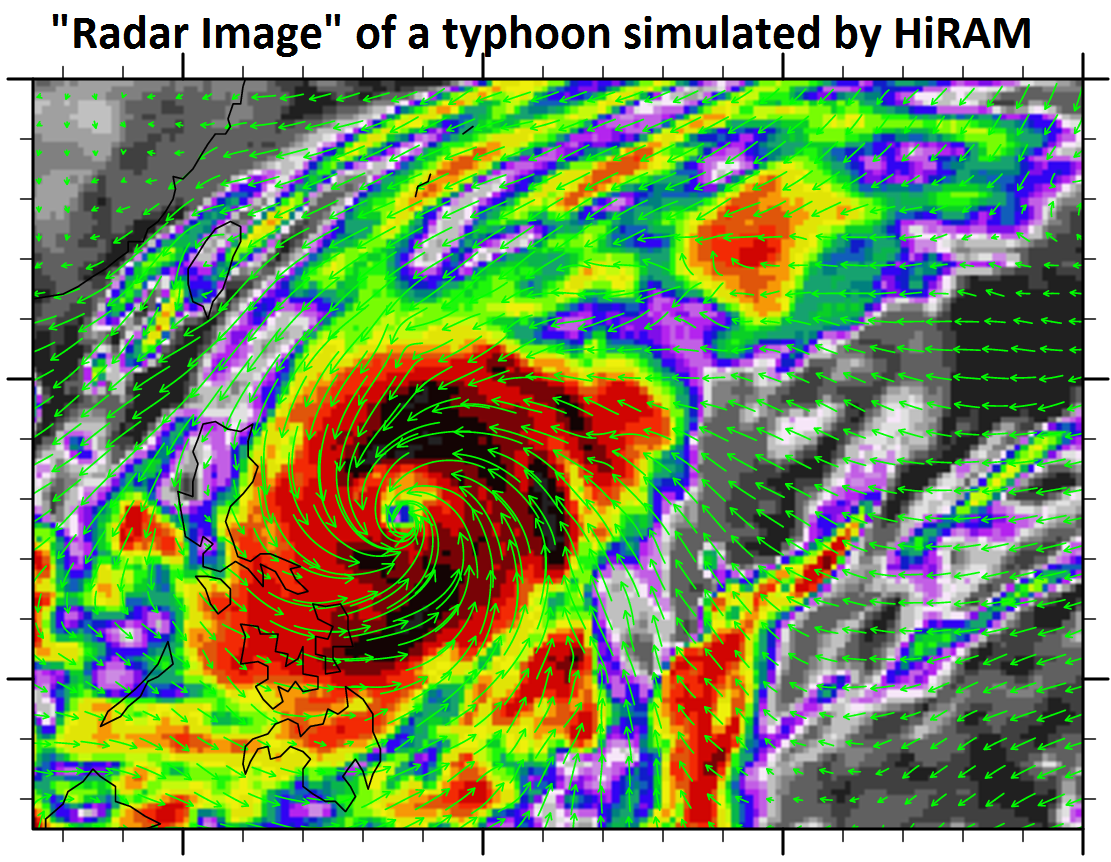 Because of the limitations of computing resources, the spatial resolution of an ESM is generally of the order of 100 km for simulations for more than 100 years. As a result, ESM cannot simulate meteorological phenomena with a size smaller than or comparable to the resolution, such as typhoons. Therefore, LCCR adopted HiRAM from the Geophysical Fluid Dynamics Laboratory (GFDL) of the National Oceanic and Atmospheric Administration (NOAA) of the United States with a spatial resolution of 25 km to simulate typhoons and fronts from the global aspect. Given the sea surface temperature simulated by TaiESM or other ESMs as the boundary conditions, HiRAM can predict the changes in the number, intensity, and track of typhoons in the future. We found that the number of typhoons in the northwestern Pacific will decrease by 40% at the end of the 21st century, while the average wind speed and rainfall of typhoons passing by Taiwan will increase by about 30%.
With the support of the Ministry of Science and Technology (MOST), LCCR has established a suite of climate models and can provide simulations of current climate and future projections. This information can be used to evaluate the potential impact of global warming on the society and ecosystems in Taiwan. The government and local research community can then plan long-term strategies and policies for climate change mitigation and adaptation.
RELATED