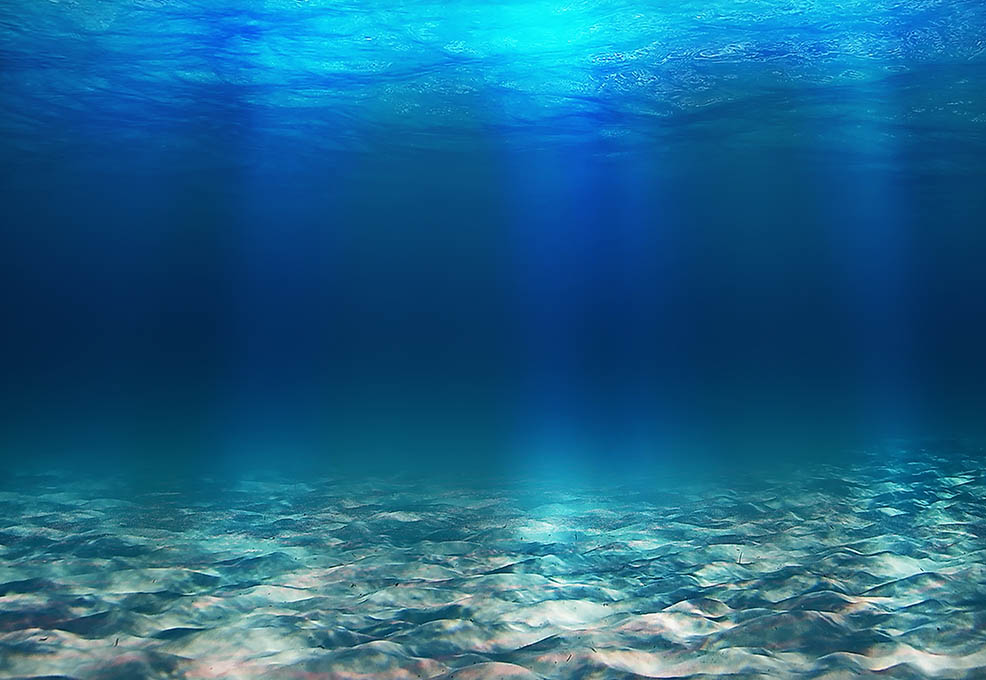 This technique aims to combine ICESat-2 and Sentinel-2 optical imageries to derive shallow water bathymetry (depth less than 20 m) in the South China Sea. An innovative surface detection algorithm is developed for ICESat-2 point clouds to obtain a set of depth measurements with an accuracy of 0.20–0.47 m as compared with the airborne LiDAR data from Dongsha Island. A semi-empirical model with its kernel formed by the log ratio between Sentinel-2’s green and blue bands, was used to calculate water depth. The accuracy of the bathymetry map achieves 0.56 m–0.97 m in 0–15 meter depth. It is concluded that a synthesis of satellite laser altimetry and optical remote sensing can produce SDB results that satisfy category C, and potentially meet the requirement of categories A2 and B in Zones of Confidence (ZOC) of the Electronic Navigational Chart (ENC). It is foreseen that ICESat-2 will be a helpful tool for mapping coastal and shallow waters around the world, especially where bathymetric data are unavailable. 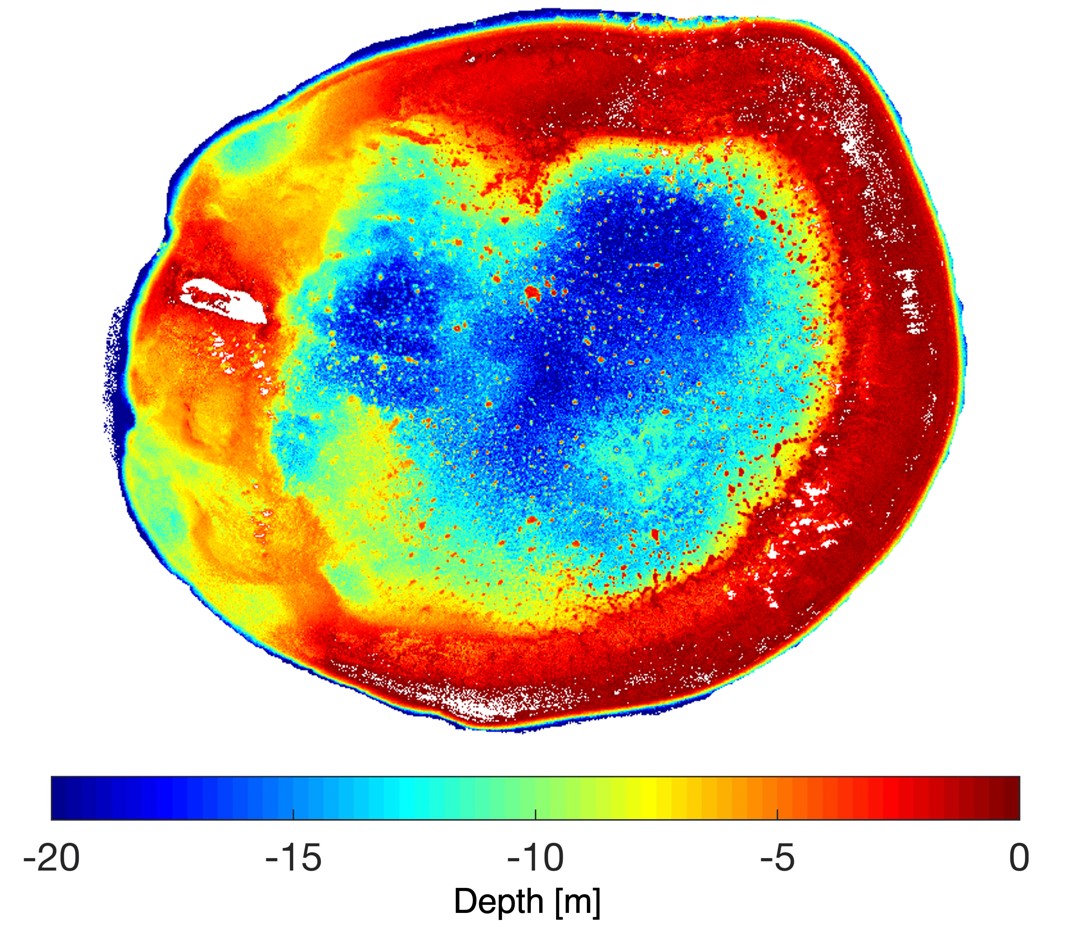 Shallow water bathymetry is crucial for coastal construction, navigation safety, and resource exploration. However, it is precarious and uneconomical for vessels to navigate into shallow water (less than 20 m from the sea’s surface) for profiling the seafloor with a limited field of view. Moreover, it is a costly and challenging task to use conventional surveying procedures, such as depth profiling by a single/multiple beam echo-sounder or by an airborne light detection and ranging (LiDAR) campaign. To overcome the limitations of mobility and instrumentation, satellite remote sensing technologies have been increasingly utilized for bathymetric mapping in shallow waters. Satellite-derived bathymetry (SDB) is known as a technique for timely retrieval of water depth from satellite optical payloads. It takes advantage of the Beer-Lambert law, relating the exponential attenuation of light with the path length it traveled. However, the quality is sensitive to ocean surface conditions (e.g., waves, sun glint, and solar angle). Therefore, some supplemental data are needed to serve as control points in the production of SDB, especially for those islands lying in the open oceans.

The Ice, Cloud and land Elevation Satellite (ICESat-2) was launched by the National Aeronautics and Space Administration (NASA) of the United States in September 2018, and features a state-of-the-art spaceborne LiDAR system which aims to measure surface elevations. As a successor to ICESat, which operated from 2003 to 2009, ICESat-2 is equipped with the high resolution Advanced Topographic Laser Altimeter System (ATLAS). ATLAS estimates the range between the telescope and target by utilizing a photon counting technique. The elevations of each photon from a LiDAR pulse that are backscattered to the detector (a tiny fraction of all emitted photons) are georeferenced based on the timing of its round-trip. Its 10 kHz repetition frequency allows an extremely dense sampling of height every 70 cm along the ground track. Although the primary goal of ICESat-2 is to observe elevations of land ice, sea ice, cloud tops, canopy tops, terrain and water surfaces, it has been reported that the subaqueous mapping of shallow water is possible thanks to the water penetration capability of the green laser – up to a few dozen meters in clear water. The point measurements provided by ICESat-2 along the ground tracks can be integrated with other high-resolution optical satellite imageries, such as the European Space Agency’s Sentinel-2 Multispectral Instrument (MSI) at 10-m resolution, to produce a contour map of the seafloor for practical applications, such as the Electronic Navigation Chart (ENC).

With the support of the Ministry of Science and Technology (MOST) and the Ministry of the Interior (MOI), Prof. Tseng and his colleagues, Ms. Hsiao-Jou Hsu, Prof. Chih-Yuan Huang, and Prof. Hsuan Ren, have spent several years exploring the capability to map shallow water bathymetry by satellite images. The possibilities include the approach of aerial photogrammetry, machine learning, and physical models. This study also involves several international collaborators in the Goddard Space Flight Center of NASA, Department of Civil and Environmental Engineering in Texas A&M University, and the Remote Sensing Technology Center (RESTEC) of Japan. The aim of this research is to provide a reliable bathymetry map that fulfills the requirements defined by the International Hydrographic Organization (IHO). Based on their standards, the quality of nautical charts can be categorized based on the age, position/depth accuracy, reliability, and seafloor coverage of surveying techniques. The Category Zone of Confidence (ZOC) system in ENC is a guideline for mariners to manage the level of risk when sailing in a certain mapped area, and to ensure a safe under-keel clearance in shallow water. In each of the five ZOC levels, the depth accuracy is a function of base error plus a percentage of error proportional to the depth. For example, the highest level A1 requires vertical accuracy at a depth of 0.50m+1% and positional accuracy at a depth of 5m+5%, while the lower level C requires vertical accuracy at a depth of 2m+5% and positional accuracy at 500m. Utilizing satellite technology has good potential to fill in the spatiotemporal gaps of the existing navigation charts, especially for those areas vessels are unable to enter.

Prof. Tseng and his team have aimed to overcome the limitations of traditional methods that need a ground truth for the production and verification of SDB, by utilizing a combination of ICESat-2 laser altimetry and Sentinel-2 optical imagery. They have developed an innovative surface detection algorithm for ICESat-2 ATL03 point clouds to obtain a set of depth measurements with an accuracy of 0.20–0.47 m as compared with the airborne LiDAR data from Dongsha Island. A semi-empirical approach physically based on Stumpf’s ratio model is adopted to develop Sentinel-2 SDB products. The accuracy of SDB for multiple islands in the South China Sea is 0.56–0.97 m in 0–15 m depth. The SDB derived by this technique fulfills the requirement of the ZOC category A2&B when the depth is less than 5 m, and category C when the depth ranges from 6 m to 14 m. This study’s main contribution is to introduce a semi-empirical scheme to generate SDB in many other islands and islets where the water turbidity allows.