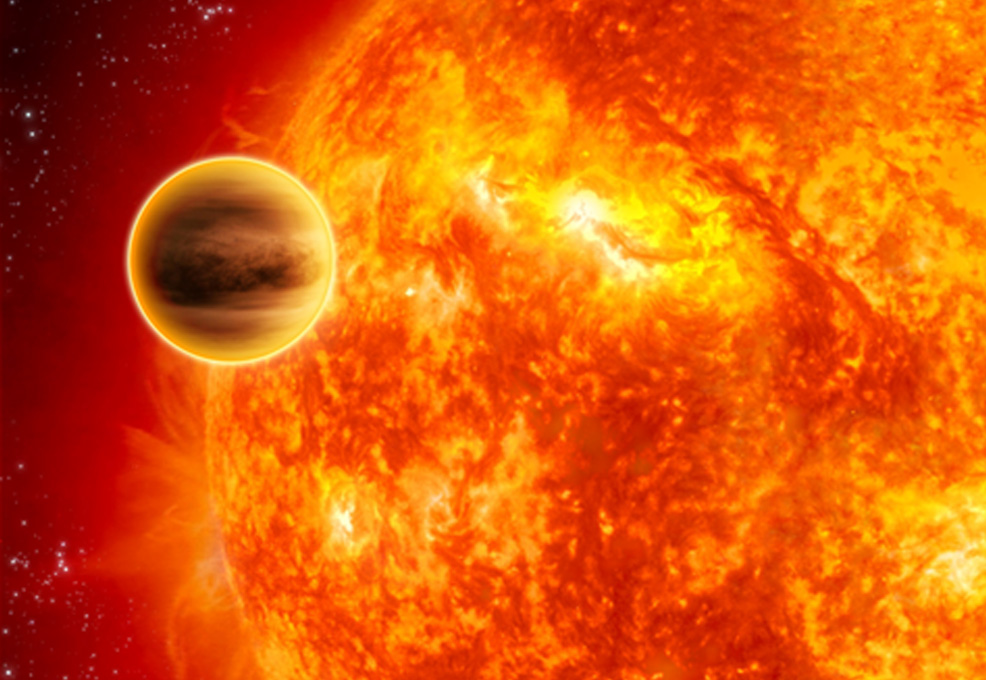 The formation of the planets and stars is a fundamental question in astronomy. This article introduces innovative ideas in this area of research based on Dr. Gu’s recent publications, including the greenhouse effect shedding light on hot-Jupiter compositions and formation, and the drag instability which may be a potential mechanism for prestellar core formation in a molecular cloud. 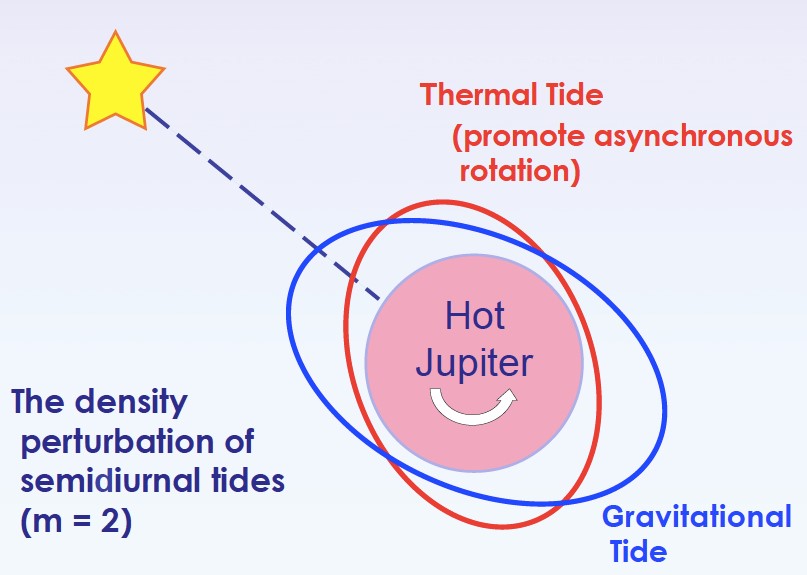 Figure 1: a schematic diagram of the thermal tidal bulge and the gravitational tidal bulge http://www.asiaa.sinica.edu.tw/gallery/show.php?i=196351b4bb0f72a0e558af4ffbf781f9

A hot Jupiter is a Jovian exoplanet around its host star with an orbital period of within about 10 days. It is the first kind of exoplanet that was discovered about 25 years ago by Michel Mayor and Didier Queloz, leading to half of the Nobel Prize in Physics 2019 awarded to them for their pioneering contribution.

Since the detection of the first transiting hot-Jupiter in 2000, the anomalously large size of hot Jupiters has been puzzling given their age. Therefore, understanding their anomalous radii is one of the fundamental problems in exoplanetary science. Observationally, there exists a positive correlation between the planet size and the incident stellar flux, which suggests that some of the intense stellar irradiation may be somewhat converted to the internal heating of the planets to slow down or even stall their gravitational contraction over time. If so, how does this energy conversion actually work? Dr. Pin-Gao Gu of the Institute of Astronomy & Astrophysics, Academia Sinica has been interested in this intriguing problem.

It has been modeled that the atmospheric tidal waves can be excited by the intense stellar irradiation in the atmosphere of hot Jupiters. One of the consequences is that these “thermal” waves can induce zonal flows, which are partially ionized due to the high temperature of the roasting atmosphere. By interacting with the planetary magnetic fields, the zonal flows can generate Ohmic heating, which in turn stalls gravitational contraction of the planet. The other consequence of the “thermal” waves is to produce a thermal tidal bulge, as demonstrated by two American astrophysicists, Arras and Socrates, about 10 years ago. If the gravitational torque from the host star on this thermal bulge is balanced by the torque on the gravitational bulge, the hot Jupiter will not be tidally locked (see Figure 1). Consequently, the tidal dissipation due to asynchronous rotation supplies the internal heating to sustain the large size of hot Jupiters. The original model ignored the radiative cooling from the thermal tidal bulge. After taking into account the radiative loss, two French astrophysicists, Auclair-Desrotour and Leconte, recently showed that the thermal tidal bulge can be significantly weakened and, even worse, cannot penetrate deep into the planet interior, suggesting that the model based on the thermal tidal bulge is disfavored.

However, we all know that besides radiative cooling to outer space, the Earth’s atmosphere is suffering from global warming owing to the presence of greenhouse gases. In the hot-Jupiter atmosphere, there are plenty of greenhouse gases such as CO and H2O, which have been overlooked in the modeling of thermal tidal waves. In collaboration with an undergraduate student, Da-Kai Peng, at the National Taiwan University, and an applied mathematician, Prof. Chien-Chang Yen, at Fu-Jen Catholic University, Dr. Gu incorporated the greenhouse effect into his model for a hot-Jupiter atmosphere. They found that the self-absorption of thermal emissions (i.e., the greenhouse effect) can be substantial against radiative cooling, therefore leading to almost undamped thermal tidal bulges. More interestingly, this study may shed light on the formation site of a hot Jupiter in a protoplanetary disk. The significance of the greenhouse effect in the hot-Jupiter atmosphere depends on its composition. More generally, it depends on the carbon-to-oxygen ratio. It is believed that this ratio varies throughout a protoplanet disk owing to the different condensation temperatures between carbon and oxygen. Therefore, knowing the carbon-to-oxygen ratio in the hot-Jupiter atmosphere would provide valuable information as to where in the protoplanetary disk a hot Jupiter was formed a few billion years ago. With the support of the MOST, the research results were published in The Astrophysical Journal in December 2019.

While a hot Jupiter is born by accreting gas from a protoplanetary disk, the protoplanetary disk together with the central star is formed by the gravitational collapse of a cold dense core in a hydrogen molecular cloud. However, a molecular cloud is not a calm and static space, but is a site full of supersonic turbulent flows. Moreover, the gas in a molecular cloud is generally weakly ionized by cosmic rays. It has been long suspected that interstellar magnetic fields may play a critical role in impeding the core formation. How does a dense core form in such an unfriendly environment? Astronomers have been pondering this challenging question for years based on observations and numerical simulations. One of the leading models is that a dense core is created by the density enhancement through colliding turbulent flows.

In addition, shocks are generated when supersonic turbulent flows collide. In molecular clouds, the shock structure is no longer sharp in terms of physical quantities, but is otherwise smoothed out by the ion-neutral drift motion. This type of shock is widely known as a continuous-type (C-type) shock. More than a decade ago, Doug N. C. Lin, Ethan Vishniac, and Pin-Gao Gu discovered “the drag instability” in the environment of weakly ionized plasma with a high ion-neutral drift speed. The instability is so named because the effect arises from the ion-neutral drag force, leading to an overstability phenomenon associated with an exponentially growing mode of a propagating wave. In the original paper, they postulated that the drag instability can take place within a C-type shock where the ion-neutral drag is significantly enhanced by shock-compressed magnetic fields.

The postulated scenario was not realized until Dr. Gu listened to a colloquium speech on core formation by Dr. Che-Yu Chen from the University of Virginia in October 2019. This opportunity brought the two researchers together to carefully examine the postulation. They carried out a calculation to demonstrate that drag instability indeed occurs in a C-type shock. The growth of the instability is more favorable in a stronger shock with a larger shock width. Interestingly, their analysis suggests that the density growth overwhelms the growth of both the velocity and magnetic field in typical environments of star-forming clouds (see Figure 2), therefore making the drag instability a potential core maker in a molecular cloud. Owing to the partial support from the MOST, the results were just published in The Astrophysical Journal in July 2020. 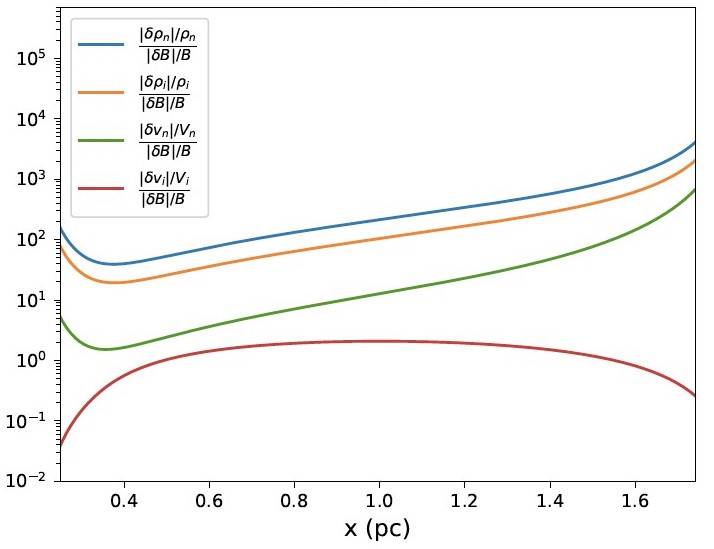 Figure 2: the relative magnitudes of density δρ and velocity perturbations δv of neutrals and ions along a C-type shock as a result of the drag instability. The density perturbations δρ are much larger than that in velocities δv and magnetic field δB, indicating that the density enhancement induced by the drag instability is dynamically important (Astrophysical Journal, 2020, 898, 67).