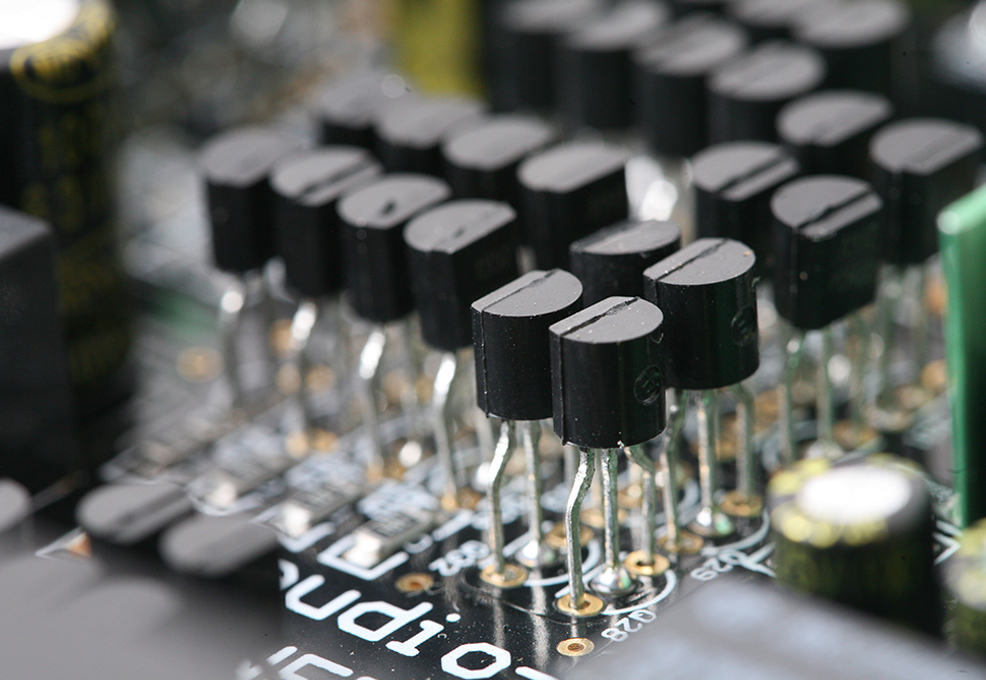 Autonomous driving is a killer application of AI. Level 5 (mind off) allows autonomous vehicles to perform all driving tasks without human manipulation or attention. To achieve Level 5, high performance and low power ICs are needed to tackle real-time computational loads and guarantee safety and reliability. Thus, transistors play an important role in achieving this target. Professor Liu’s group is dedicated to research on high performance and low power transistors. 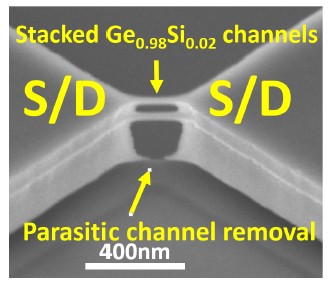 Gate-all-around (GAA) is considered a promising architecture for superior electrostatics control of the channel to achieve low power consumption, and extends the scaling beyond FinFET limits. The vertically stacked GAAFETs can further provide a large drive current for a given footprint to achieve high performance and area scaling in the advanced technology nodes. Ge is a good channel material owing to its intrinsic higher electron and hole mobility as compared to Si which is considered as one option to further enhance the performance. We thus demonstrated vertically stacked tensily strained Ge0.98Si0.02 nGAAFETs in 2019 IEDM.

In the as-grown epi-layer, an additional 800oC annealing after the Ge buffer growth on silicon on insulator (SOI) further improves the epi-layer quality by confining misfit dislocations near the Ge buffer/Si interface. The stacked Ge0.98Si0.02/Ge layers were grown on the Ge buffer at a low temperature of 350oC. Due to the thermal expansion coefficient mismatch between Ge and Si, the Ge buffer is 0.12% tensily strained after the 800oC annealing, and the Ge0.98Si0.02 layers have 0.2% tensile strain. The Ge0.98Si0.02 channels with only 2% Si can ensure the electrons in L valleys and introduce minimal alloy scattering. The unintentionally doped channels can reduce impurity scattering, and heavily doped ([P]~2.7E20 cm-3) Ge sacrificial layers can reduce Source/Drain parasitic resistance. The good photoluminescence of the epi-layer indicates sufficiently low point defect density.

For channel release, ultrasonic-assist TMAH etching at 60oC was used to completely remove the Si underneath the Ge buffer. Finally, the Ge buffer and the Ge sacrificial layers in the channel region were completely etched by optimized ultrasonic-assist H2O2 to form the two stacked Ge0.98Si0.02 nanowires without a parasitic channel. After the channel release process, the uniaxial tensile strain in the channel is further enhanced to 0.27%. Ge0.98Si0.02 has 1.3X the mobility of relaxed Ge by estimation.

Excellent electrical characteristics are achieved with record ION and record Gm,max(µS/µm)/SSSAT(mV/dec) among Ge nFET. High [Ge] of 98% in GeSi with L valley conduction and 0.27% tensile strain in the channels from the microbridge structure are also helpful for high ION. The performance of our Ge0.98Si0.02 channels is comparable to that of Si channels.