Leading the Development of the Photovoltaic Industry by the Cooperation of Industry, Government, Academics, and Research Institutes

:::HOME / ENGINEERING & TECHNOLOGIES / Leading the Development of the Photovoltaic Industry by the Cooperation of Industry, Government, Academics, and Research Institutes 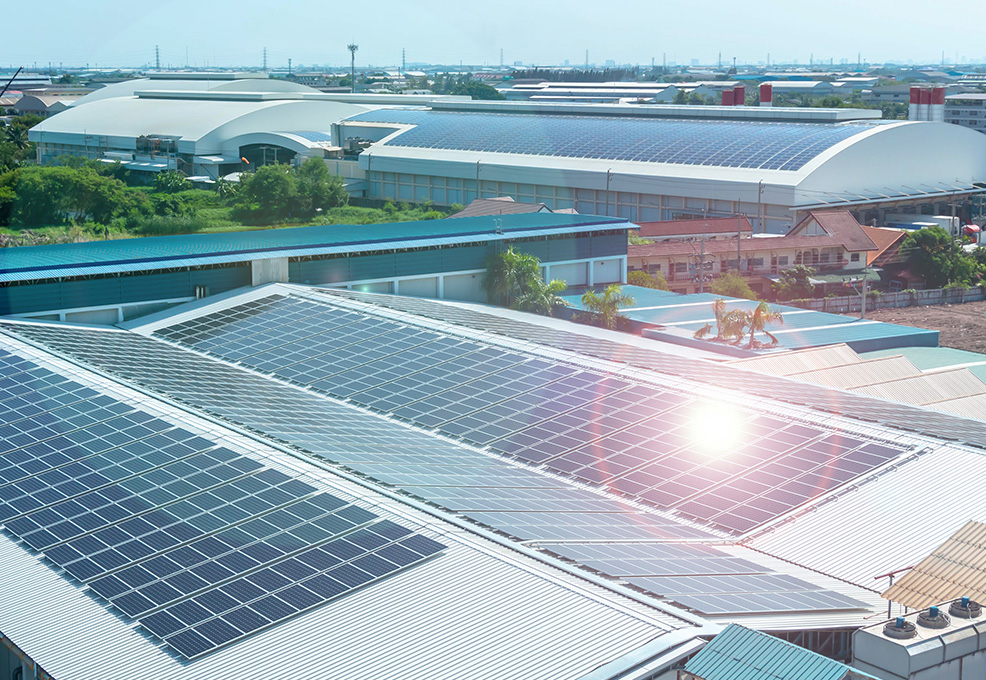 Efficiency improvement has always been the focus of solar photovoltaic research and development. Technology innovation and industrialization are the key to solar photovoltaic sustainable development in Taiwan. The research team used a new mechanism, the "selective tunnel effect," to greatly reduce the recombination of electrons and holes generated by illumination. New structure and process development has improved the conversion efficiency of solar cells. The research team is based on the Green Energy and Environment Research Laboratories (GEL) of the Industrial Technology Research Institute (ITRI), in cooperation with a couple of universities to jointly invest in the development of innovative technologies and industrial promotion. The team has now completed the technology development and has combined with the mass production of Motech Industries Inc. to launch a new generation of TOPCon (Tunnel Oxide Passivated Contact) solar cells. The new module has actually been installed at the Yunlin site with a capacity of 1.1MW. It was discovered that the power generation increased by more than 10%, and it is bringing more benefits to the owner. It has not only obtained IEC international certification, but also demonstrates the successful outcome for the cooperation of industry, government, academics, and research institutes.

As the development of solar photovoltaics is a global trend, countries are actively developing this field. For example, the US Department of Energy (2021/9/8) published a research report indicating that solar energy currently accounts for about 3% of the total electricity in the United States. If actively promoted, the proportion of solar power generation can reach 40% by 2035, indicating that there is still more than 10 times the room for growth. In addition, from the technical point of view, the efficiency of solar cell products is currently about 22%, with an annual increase of about 0.5%. It is estimated that the conversion efficiency will reach more than 30% by 2035, which exceeds the theoretical limit of single junction solar cells. How to make new innovations, develop higher efficiency solar cells, and implement industrialization is an important key to the sustainable development of Taiwan’s photovoltaics.

The research team organized by the GEL of ITRI joined by industry, government, and academics has employed an ultra-thin oxide layer and a selective tunneling effect to replace the traditional p-n energy barrier, which more effectively blocks the recombination of electrons and holes generated by illumination, thereby greatly improving the efficiency of solar cells. In order to accelerate industrialization, the ITRI team has also combined with an equipment manufacturer to develop key equipment so that nano-level ultra-thin oxide layers can be produced in large areas with large quantities and at a low cost. At present, the technology for Tunnel Oxide Passivated Contact (TOPCon) solar cells has transferred to Motech for mass production. The TOPCon solar cell has actually been installed at the Yunlin site and connected to the grid for power generation (Figure 2). The capacity of installations has reached 1.1MW (million watts), and the actual test results of this new product in this domestic field show that the power generation increased by more than 10% in the same area due to its high power generation efficiency, good weak light response and low temperature effect, which not only creates new business opportunities for domestic industries, but also contributes to the increase in the proportion of domestic green energy power generation, and slightly eases the land pressure in promoting the construction of solar photovoltaic systems in Taiwan. 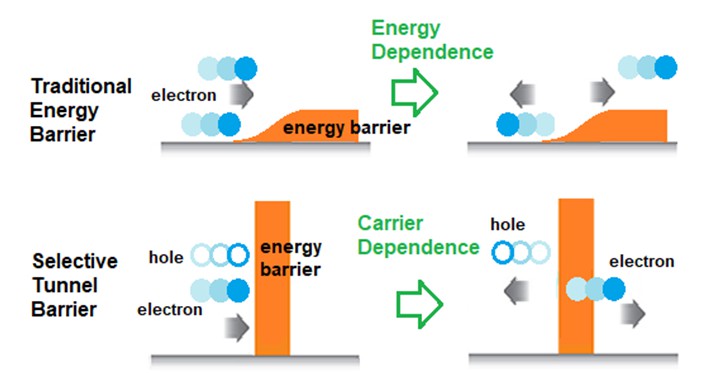 Figure 1. The traditional energy barrier is used to select carriers, which can only be based on the energy level, and the selection ability is limited. The energy barrier with tunneling effect is used for carrier selection, which can achieve a better segmentation effect for electrons and electric hole.