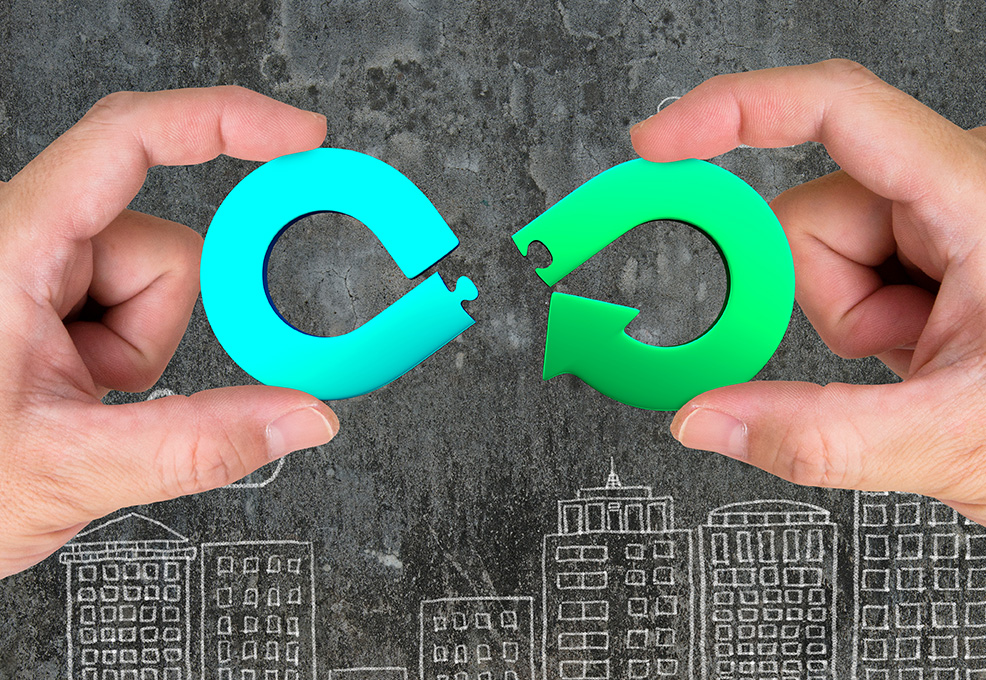 In order to solve the problems of global warming, the photovoltaic industry is growing in order to meet the demand for renewable energy. However, over 50% of silicon particles are lost in the silicon sawing process when manufacturing solar panels. These waste silicon particles lost with the polishing slurry cause pollution of the environment. To achieve the goal of a circular economy, it is necessary to recycle waste silicon particles. Duh’s group from National Tsing Hua University takes waste rice straw and waste silicon from the photovoltaic industry to be applied in the development of Si/nano-fiber composite materials and lithium-ion batteries  The special structure of 3D-Net of Si/nano-fiber composite is constructed via material and process design. In the electrochemical test, Si/nano-fiber /Graphite composite demonstrates outstanding capacity and retention. After 100 cycles, the capacity of the battery remains at  90%. This work is turning a new page for the circular economy. 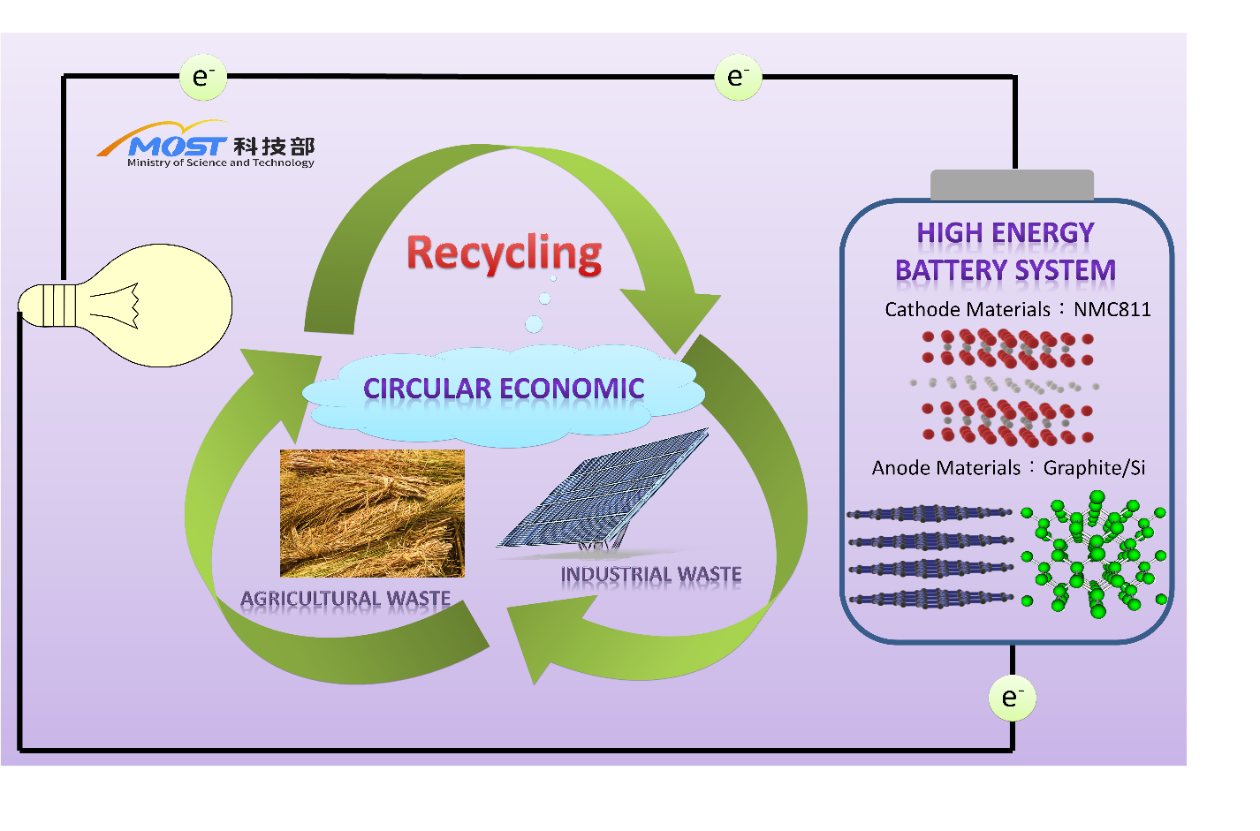 In recent years, a large amount of carbon dioxide has been emitted into the atmosphere by humans, causing severe global warming. Renewable energy has become an important category in many countries. Owing to the rising demand for renewable energy, the solar and wind energy generation industry is flourishing. Furthermore, many countries are devoted to developing electric vehicles and promoting the schedule of forbidding the sale of fossil fuel vehicles. In order to fulfill the demand for unstable electric generation from renewable energy for electric vehicles, it is vital to develop a good energy storage system.

Lithium-ion batteries are regarded as an important energy storage system due to their properties of high energy density and long cycle life. With the progress of materials development, LiFePO4 is replaced by ternary cathode (including nickel, cobalt, and manganese) in cathode, and graphite is partially replaced by silicon-based materials in anode. Silicon demonstrates ultra-high theoretical capacity (~4200mAh/g) as compared to graphite (~372mAh/g), indicating higher power density. As a consequence, the developments of the new materials make lithium-ion batteries become thinner and lighter with good durability.

During the silicon sawing process of manufacturing solar panels, over 50wt% silicon waste is produced with the polishing slurry. The silicon waste lacks economic value, while polluting the environment. Owing to awareness of global warming, the circular economy has been promoted in recent years, including the need to reduce, reuse, and recycle. Reducing waste generation while manufacturing products is a critical issue. Professor Duh has developed a new technique of recycling waste silicon from the photovoltaic industry. By acid treatment, the impurity in the waste silicon is completely removed. The clean silicon is successfully recycled and applied in lithium-ion battery anode materials. Nevertheless, silicon material suffers from volume expansion during the charging and discharging process. The expansion causes materials to detach from the current collector. This influence makes the battery fade quickly, and the cycle life fails to fulfill the demand of electric vehicles or energy storage systems. It is essential to further develop novel techniques for enhancing waste silicon stability during the charging and discharging process. 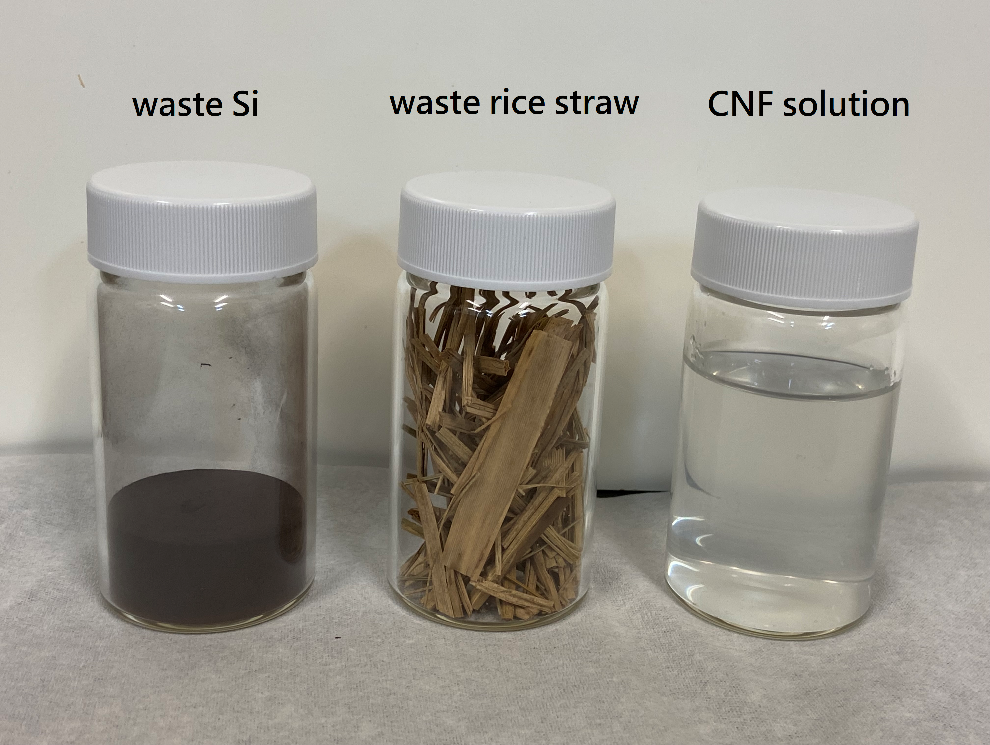 The freeze-drying technique is adopted to construct the 3D-net structure. This special architecture not only captures waste silicon, preventing detachment, but also forms hydrogen bonding with the binder Poly(acrylic acid). When volume expansion appears during the charging process, the 3D-net structure plays a vital role for capturing silicon materials by physical and chemical bonding. This strategy using waste rice straw solves the problem of waste silicon during charging, and enhances the cycle life of the battery. In electrochemical tests, the battery is charged at a current rate of 0.2A/g. The capacity displays over 500mAh/g which is higher than commercial graphite (theoretical capacity = 372mAh/g) by around 35%. After 100 cycles, the capacity also remains at 90%, proving the successful strategy of architecture design (Figure 2).

Figure 2. The mechanism of combining cellulose nano-fiber (CNF) with waste silicon and its SEM picture.

Professor Duh’s group has developed the novel idea of recycling industrial waste silicon from the photovoltaic industry to be applied in lithium-ion batteries, and agricultural rice straw waste is purified for enhancing the electrochemical performance. In recent years, a variety of techniques have been promoted such as atmospheric pressure plasma (APP), element doping, graphene composite design, and vapor deposition carbon coating. All the techniques not only successfully improve the electrochemical performance of waste silicon but also make the reuse of waste silicon possible. Professor Duh is devoted to the circular economy and material modification techniques. Furthermore, he is also injecting new and innovative ideas for recycling materials. The recycling industrial waste silicon and agricultural waste rice straw are successfully recycled to be applied in the lithium-ion battery field. It is demonstrated that recycling could provide a better applications to the world in the near future.