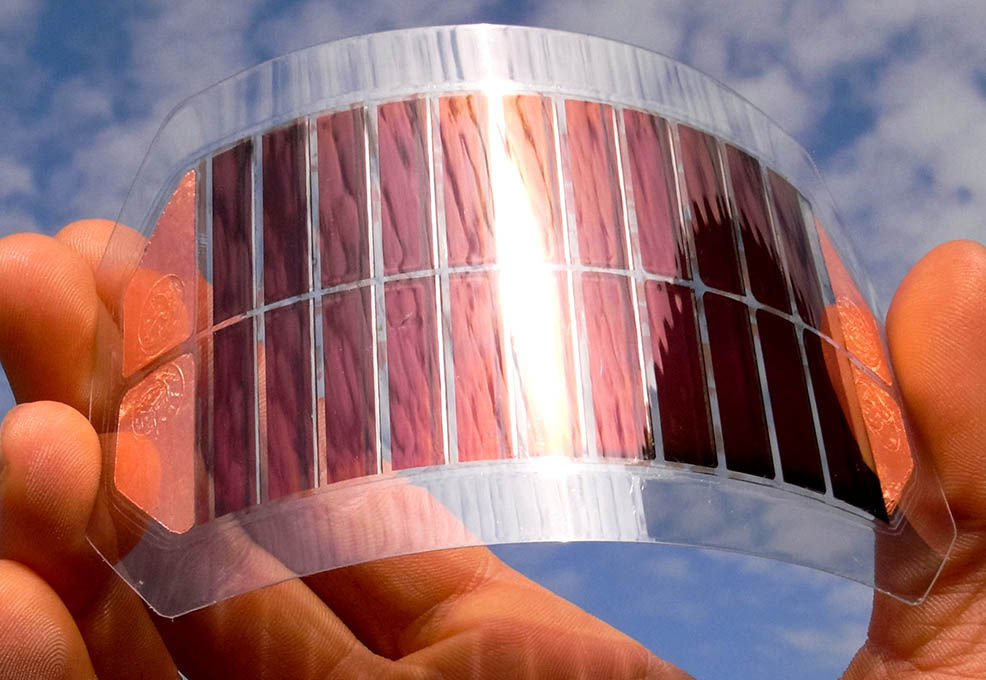 There has been no ending quest for energy since the industrial revolution. The search for high efficiency, renewable and clean alternative energy to replace exhaustible and polluting fossil fuels is imperative to achieve a sustainable society. Among renewable energy technologies, solar energy stands out and has become a shining star due to the recent development of perovskite solar cells. This novel solar cell can not only convert solar energy into electricity efficiently in direct sunlight but also in the low light under clouds. A record of 25.5% power conversion efficiency (PCE) is reached using low-cost solution processes under direct sun. However, the major issue of perovskite material is its sensitivity to moisture and air. Those high PCE data were obtained in an inert atmosphere using spin coating, which hinders the development of a commercially viable large area fabrication process. Professor Su’s group delved deeply into the fundamentals of perovskite materials to solve the problem by varying the chemistry, morphology, crystallization and device physics. They can fabricate cells in air using environmentally friendly solvents by the hot casting process with a PCE >20% and life > 15 years. They have further developed an automated fabrication machine based on the slot-die coating process and rapid infrared heating to fabricate high quality large area perovskite film (20cmx20cm) within one minute. They have also developed high conductivity transparent electrode material for transparent solar cells that can be used in tandem with Si solar cells, with the PCE increasing from 22% to >26%. The results add a bonus to Si solar cells and make low-cost solar cells become reality 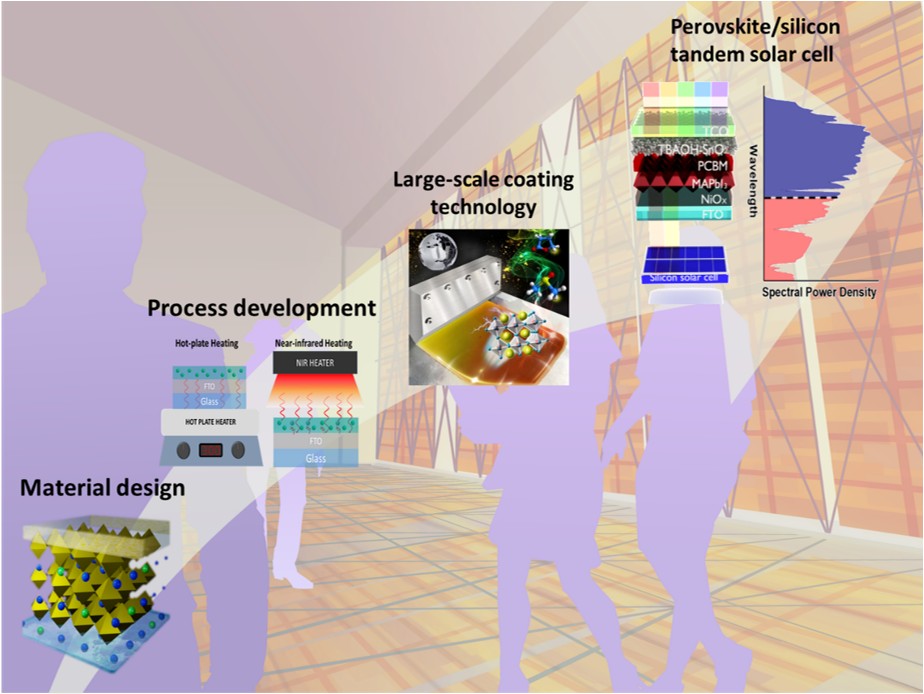 Energy is invisible rather abstract but plays a vital role in human history. The path of civilization can be traced through the use of energy. How to collect, control, and manage energy has always been an urgent topic to deal with. As technology has progressed, people have made efforts to utilize energy efficiently, including production and storage, rather than using it passively. However, soaring demands for energy followed the rocketing increase in the world’s population after World War II. Therefore, searching for alternative, sustainable, and clean energy sources to replace exhaustible and polluting fossil fuels became an important research topic for scientists and engineers.

Among renewable energy sources, solar energy was the earliest one to be applied in our daily life. In agricultural society, people grow plants to convert solar energy into chemical energy and then produce food crops. In the 1950s, Bell laboratory invented the silicon solar cell to deal with the lack of electricity in rural areas. To enhance the power conversion efficiency (PCE) of solar cells is always the primary objective to effectively harvest such an abundant energy source. Although the single crystal silicon solar cell can achieve over 26% of PCE, the fluctuations of solar radiation and the physical limitation of silicon make it hard to maintain a stable power output in the real world. Fortunately, in 2009, an outstanding optoelectronic material of “perovskite” emerged. Perovskite has the advantages of good PCE maintenance with varying light intensity and flexible processability which allows it to be fabricated into solar cells with a low-cost solution process. Hence, perovskite rapidly became an eye-catching material in the field of solar cells. The PCE of small size (<1cm2) perovskite solar cells has reached 25.5% when they are fabricated in an inert atmosphere in the past few years.

This superstar material promptly attracted the attention of Prof. Wei-Fang Su. In 2015, she started fundamental research on perovskite materials in terms of their chemistry, physics and crystallization behaviors. That helped Prof. Su to lay a solid foundation for perovskite solar cells. In 2017, Prof Su was awarded a large R&D grant from the joint funding sources of the Ministry of Science and Technology (80%) and industry (20%): E-Sun Precision Manufacturing Co. and Union Renewable Energy System Co., to perform a collaborative academy and industry project to develop a mass production process of perovskite solar cells. This project provided her group with the opportunity to realize the core spirit of “developing a novel product with vertical integration starting from raw materials to final product.” She pursued material design and synthesis in the first step, processing optimization in the second step, and then finally a high-performance product, in a series of steps to establish an innovative commercial viable technology for industry.

Perovskite materials are known to be susceptible to oxygen and moisture. They need to be processed in an inert atmosphere without moisture. To improve the film quality of perovskite, prolonging the crystallization duration is the most common method to obtain a uniform morphology. Yet, the strict atmosphere requirements, cost-intensive processing conditions, and long annealing time for the crystallization of perovskite film impede and decelerate the industrialization of perovskite solar cells. Therefore, Prof. Su’s group is making efforts through innovative chemistry and processing of perovskite materials to stabilize the chemical as well as physical properties of its crystal structure. Based on the new established knowledge, an air-processable process with a non-toxic solution system was successfully constructed, and the lifetime of perovskite materials fabricated from this process can be maintained over 15 years. A large-scale perovskite film with uniform morphology can be realized within 1 min by a once-through process using an in-house designed automatic slot-die coater, which is integrated with a rapid near-infrared heating system. Furthermore, low temperature transparent electrode techniques were also developed to pave the way toward a silicon/perovskite tandem solar cell. It is noted that the silicon/perovskite tandem solar cell is thought of as a way to overcome the single junction limitation of 33%, and boosts the PCE of solar cells to the next level. Prof. Su emphasizes that the greatest potential of perovskite solar cells lies in the synergy with silicon solar cells, rather than challenging or replacing them. Such a tandem structure is believed to produce an extra bonus for the silicon solar cells, and can harvest the total solar spectrum with ultimate high efficiency. Thus, the prospect of affordable solar energy electricity can be realized in daily life.

In order to be in line with the rest of the world, Prof. Su’s group teamed up with Dutch and Hungarian research groups through running a three-year M-ERA.Net project, CLEARPV (2017-2020), and constructed a technical platform for perovskite solar cells to realize the dream of low-cost solar electricity.