Cross-disciplinary Research Is a Good Idea for a Solution: Nanodiamond for Biomedical Imaging and Drug Delivery

:::HOME / NATURAL SCIENCES / Cross-disciplinary Research Is a Good Idea for a Solution: Nanodiamond for Biomedical Imaging and Drug Delivery 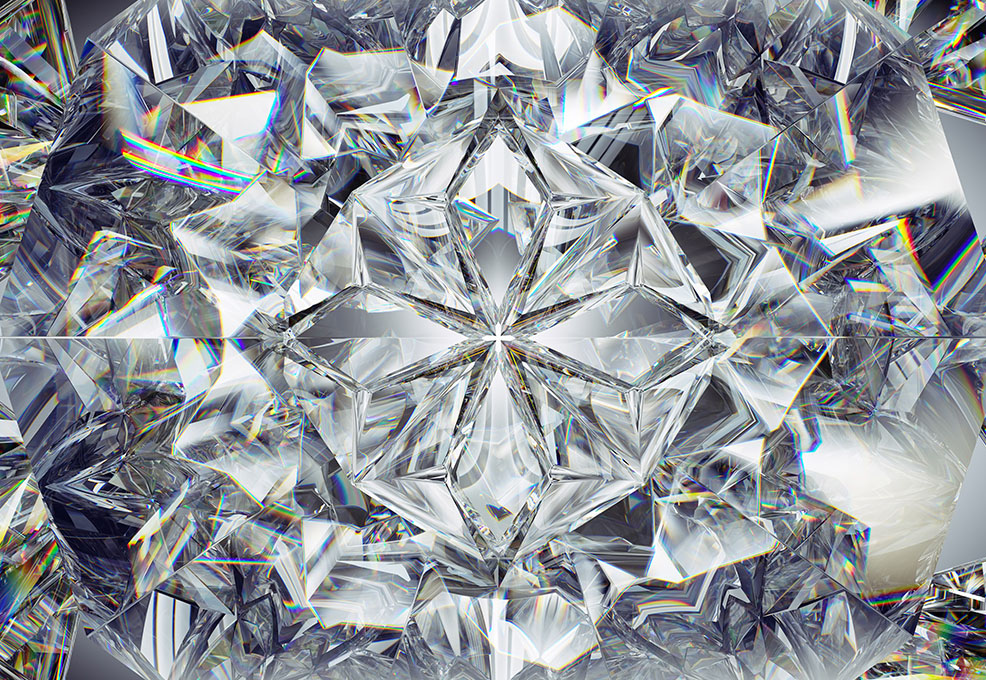 Spectroscopy (Infrared, Raman, fluorescence, etc.) has been the fundamental tool for understanding molecules and their structures. Due to its noncontact/noninvasive character and technology, various biomedical applications have been developed, affording new perspectives for medical diagnosis and treatments. From the defects and the impurities in the lattice of nanodiamond (ND, diameter 5-100 nm), color centers are usually formed. These centers emit fluorescence when irradiated with a laser, and the particle surface can be conjugated with molecules or drug molecules, rendering ND an ideal platform for bio-imaging and drug delivery. With support from the National Science and Technology Program for Nanoscience and Nanotechnology of the Ministry of Science and Technology, Professor Chia-Liang Cheng of the National Dong Hwa University has been taking advantage of ND’s superb biocompatibility and versatile surface properties as well as its spectroscopic properties as part of a long-term research project to explore the possibility of using nanodiamond for bio/medical imaging and drug delivery. He has successfully developed methods and characterization to conjugate drug molecules onto the ND surface to form ND-X complexes (X=drug conjugated). The drug delivery efficacy has been evaluated in various cellular and animal models. His team has also developed methods to combine Raman spectroscopy, utilizing the abandon Raman spectra created in Raman mapping to identify cancerous cells in cellular or tissue models. Due to these important research results, Professor Cheng has become one of the pioneers in this area. Several companies and venture capital firms have shown interest in collaborating in this field. 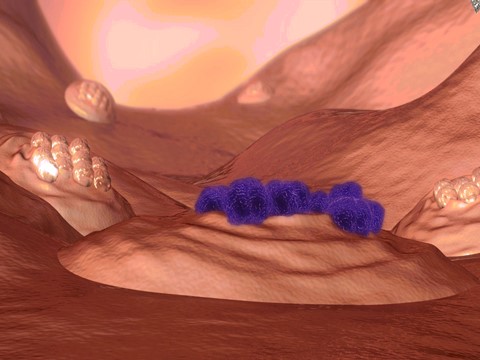 The advancement of medicine has always benefited from the development of science and technology. The advancements in technology and the precision of the treatment methods have greatly enhanced the efficacy of the medical care and the well-being of humans. Cancers have always been one of the leading causes of death worldwide, and treatments have advanced rapidly. Newer, cross-disciplinary mindsets bring new ideas for finding solutions. Traditional chemotherapeutic treatment that results in chemoresistance, lack of specificity, and side effects has always been an issue of concern. Nanotechnology brings physics, chemistry, biology and medicine together to find solutions to the problems. It will certainly play a major role in the future of medicine.

Nanodiamond (ND, 5-100 nm in diameter) usually contains structure defects that form color centers in the lattice, which fluoresce under the irradiation of a laser. The surface can be modified and conjugated through physical or chemical methods with variable molecules or drugs. These properties render nanodiamond useful as a bio-marker and convenient as a drug delivery platform. It has been highly expected that nanodiamond will have great potential in bio and medical applications. With long-term support from the National Science and Technology Program for Nanoscience and Nanotechnology of the Ministry of Science and Technology, Professor Chia-Liang Cheng of the National Dong Hwa University has taken advantage of ND’s superb biocompatibility and versatile surface properties as well as its spectroscopic properties, and has engaged in a long-term research project to find the possibility of using nanodiamond for bio/medical imaging and drug delivery. His team has developed systematic methods to study the interaction of nanodiamond with cells, microorganisms, and small animals. They have also developed methods of conjugating drugs onto the ND’s surfaces to form ND-drug complexes. Various ND-drug complexes have been tested in the cellular and small animal models, proving that drugs can be very efficiently delivered to the cells or the tumors. The complexes outperformed the pure drugs. It is possible to use much less of the cancer drugs to achieve the same cancer cell suppression, and therefore the toxicity and side effects to the normal cells in chemotherapy are reduced. 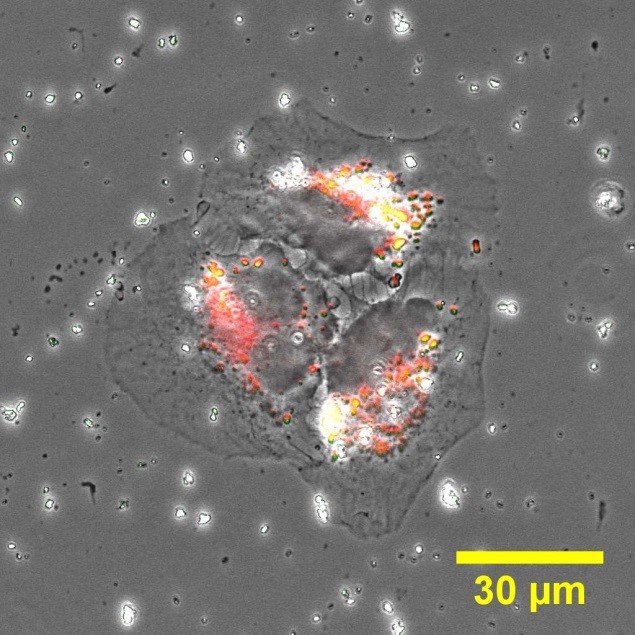 Professor Cheng says that, due to the success of their research and the promising potential of nanodiamond, a new avenue has opened up for biomedical applications of nanodiamond. Today, many research teams are putting efforts into the characterization, surface modifications and the cytotoxicity of ND. To date, several clinically used anticancer drugs, such as Paclitaxel (Taxol) and Doxorubicin (DOX) have been successfully conjugated onto ND and applied in various cellular and rat models. Since cells are more potent to engulf ND, there is more efficient engulfment of the ND-drug. Therefore, this is a much more effective way to suppress tumors than pure drug treatments. To this end, securing patents, collaboration with industry and seeking venture capital investments are the main aims of Professor Cheng’s team. Cheng says, in this respect, Taiwan is taking the leading development role now. In addition, Taiwan has enough foundation and talents to develop nano-biotechnology-related industries. We have competitive semiconductor and optoelectronic industries. Taiwan has successful and superior medical facilities and education. The nano-biotechnology industry will be the fusion of both. When we are looking for our next generation iconic and competitive industry for Taiwan, this ought to be the best option. The medical and pharmaceutical industry is a long-term investment, especially drug invention and development, and it usually takes a minimum of 10-20 years, unlike the semiconductor industry which mainly concerns speed and intensive technology. Biotechnology requires innovation and cross disciplinary research to find answers and develop technology, so it is hard to replicate in other countries. Due to thinking outside the box, the success of nanodiamond-mediated drug delivery by Professor Cheng and his team has been a fruitful achievement of Eastern Taiwan.