A New World of Smart Healthcare 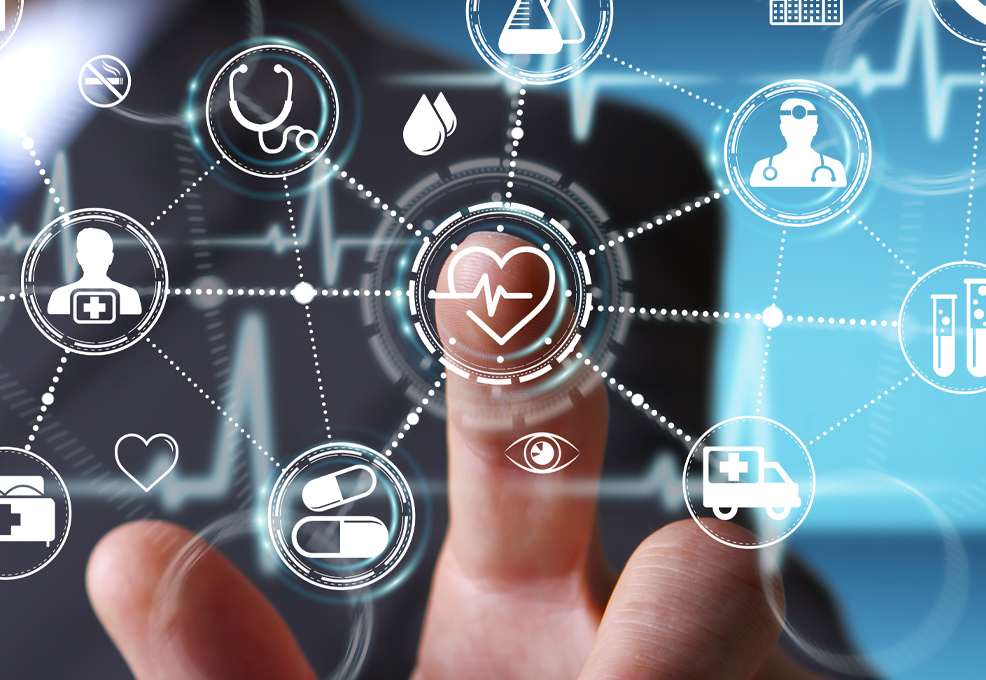 Recently, eHealth, the application of communication technology in the medical industry, has been helping to improve the relationship between medical workers and patients which has worsened because of the aging of society and the decrease in the birth rate. Besides, the emergence of artificial intelligence has accelerated progress in many industries, and the medical field is no exception. Our team conducts hyperspectral technology, which transfers numerous images into spectrum information, becoming a potential technique to be applied to the early identification and staging of diseases, the accuracy rate of which can be improved by up to 80%, allowing doctors to make more effective diagnoses. Furthermore, combined with AI, it can be more precise and automatic without manual operation. Currently, we are working hard to satisfy people’ needs so that it can be used by the general public. 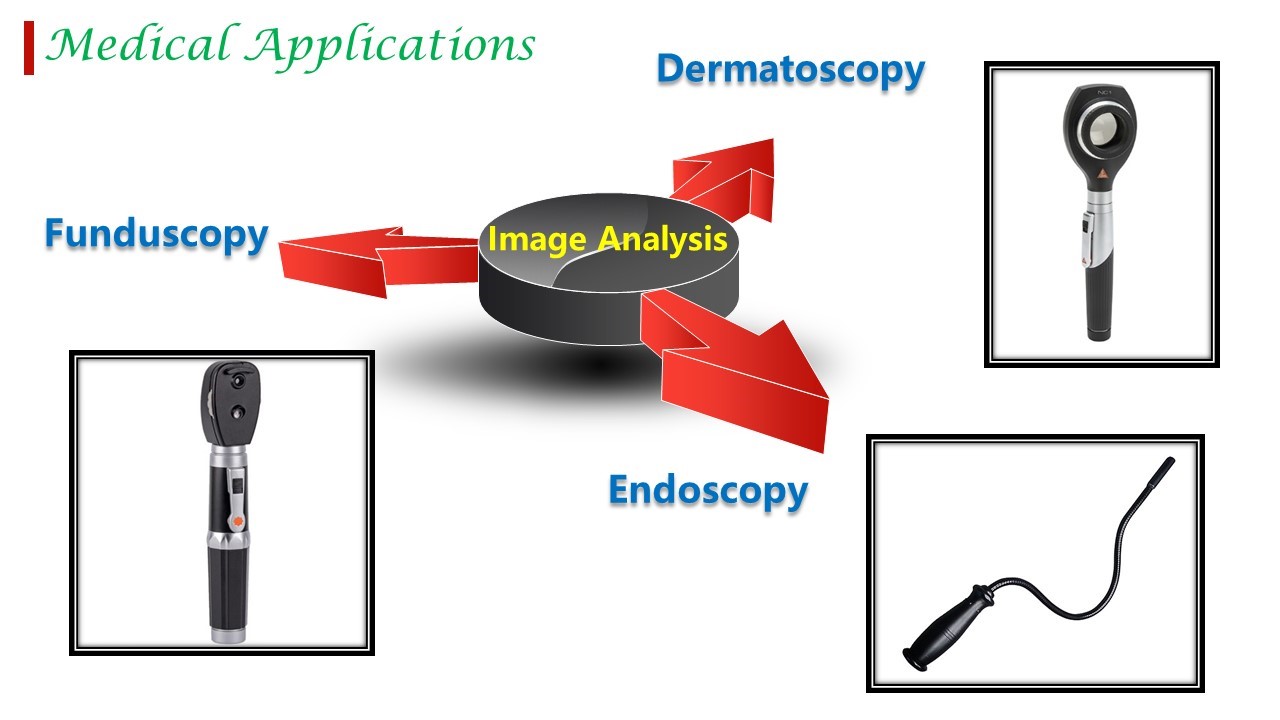 In recent years, due to the declining birth rate and aging of society, the shortage of medical care has not only influenced the entire medical industry, but has also led to deterioration in the relationship between medical workers and patients. Just for this reason, the rise of eHealth is important. According to the World Health Organization (WHO), eHealth is the application of communication technology in the medical field. With its rapid development and the prevalence of artificial intelligence, compared with traditional medical treatment, the uses and functions of eHealth are wider and more diversified.

The research field of Professor Hsiang-Chen Wang of the department of mechanical engineering of National Chung Cheng university has a close connection to eHealth, and his team takes advantage of the technique of hyperspectral imaging to identify and classify the images gained from different medical operations, such as funduscopy, endoscopy and dermatoscopy.

In previous medical diagnoses, regardless of whether they were pathological images obtained from a fundus camera, endoscope, or dermatoscope, the diagnostic basis relied on the subjective judgment and experience of the physician. However, this means that the doctors did not have a standard to give the patients a proper diagnosis, causing massive misdiagnosis rates and leading to different treatments, which varied depending on the doctor. Take funduscopy as an example; new blood vessels or leakage of blood on the image often misguide the judgment; therefore, when discovered, the illness had usually already reached the late stage. Thus, the treatment was more difficult, and it was more time-consuming and expensive than an early cure. Prof. Wang hopes to combine with the field of biomedical optoelectronics, so that the identification of medical images can be identified and diagnosed in the early stage.

The hyperspectral technology of Professor Wang Hsiang Chen in National Chung Cheng university converts a large number of images into spectrum information, making them more precise and, by dividing the band information, clearer. This data can then be used as the basis for more accurate judgments. That is, the identification of diseases is no longer based on the doctor’s naked eye, but the features in the images can be compared objectively and accurately to identify the pathological types or development level of the disease. This method can greatly reduce the misdiagnosis rate, and effectively prevent the disease from being discovered at a later stage, thereby performing early diagnosis and treatment.

According to the current research stage, it has been pointed out that the technology of hyperspectral imaging has an accuracy rate of up to 80%. However, Professor Wang will continue to conduct research to enhance the overall analysis performance and improve the precision and accuracy of identification. Besides, combining with AI can achieve real-time automatic identification, and in this way, not only the workload of the physician can be reduced, but also the medical image data can be classified more clearly. Hopefully, in the future, the technology can work in conjunction with personal electronic devices such as smart phones and smart watches, so that the public can easily use it. This will truly contribute to society. 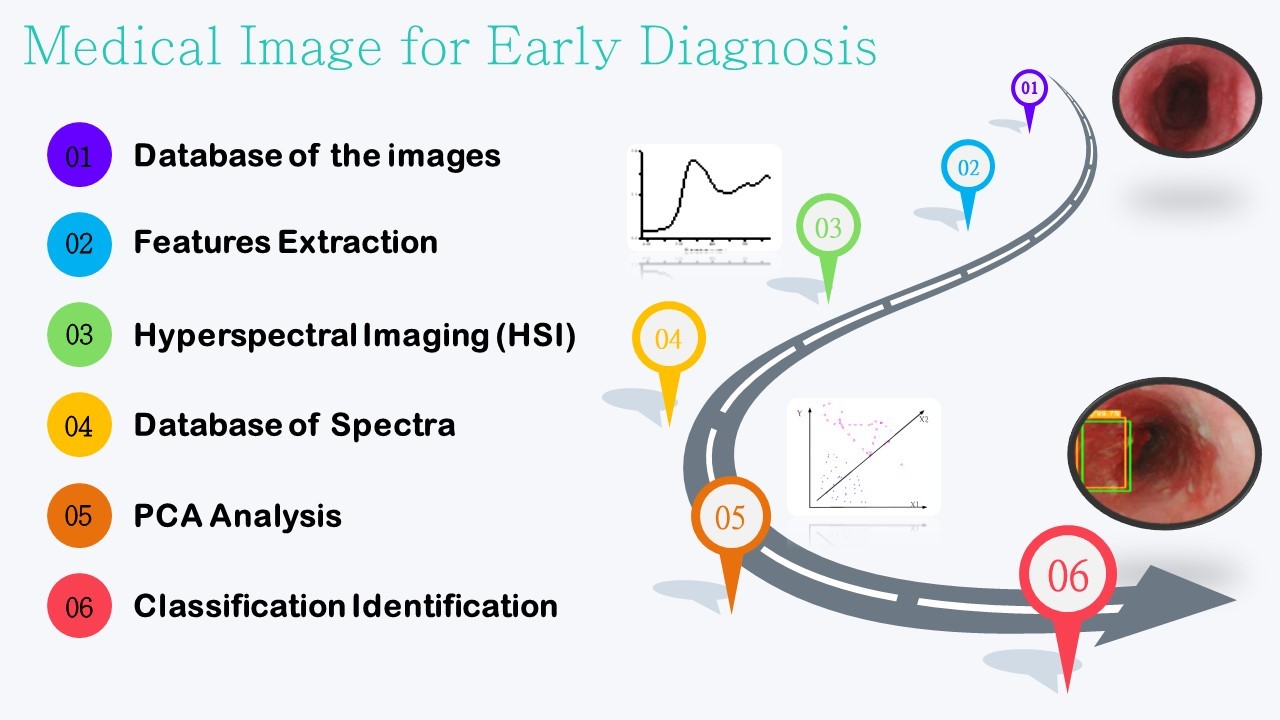