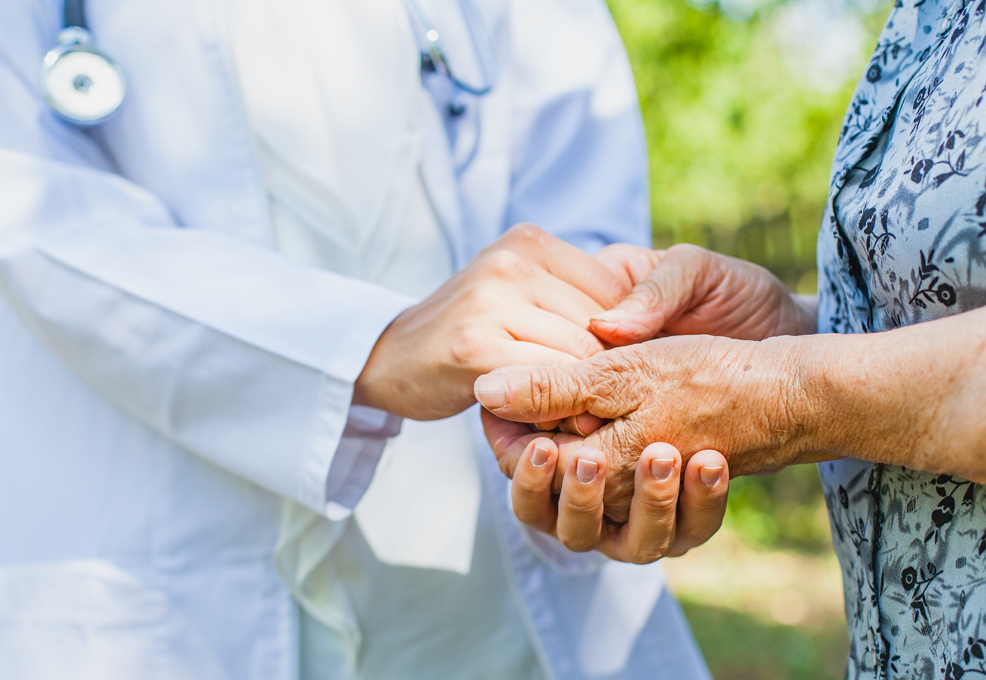 This newsletter focuses on the following topics: (1) metabolomic biomarkers related to aging process or disease such as lipid disorders, diabetic and progression, metabolic syndrome; (2) the role of PLA2G6D331Y/D331Y underlying the mechanism of Parkinson’s disease and white matter properties at an early stage of Parkinson’s disease; and (3) factors related to Dementia-Friendly Communities and the development of a health promotion program. These studies might help us to understand the aging mechanism, develop early detectors and relevant new drugs/interventions for aging-related dysfunction and disease, and provide novel care and health programs for the aging population in Taiwan. 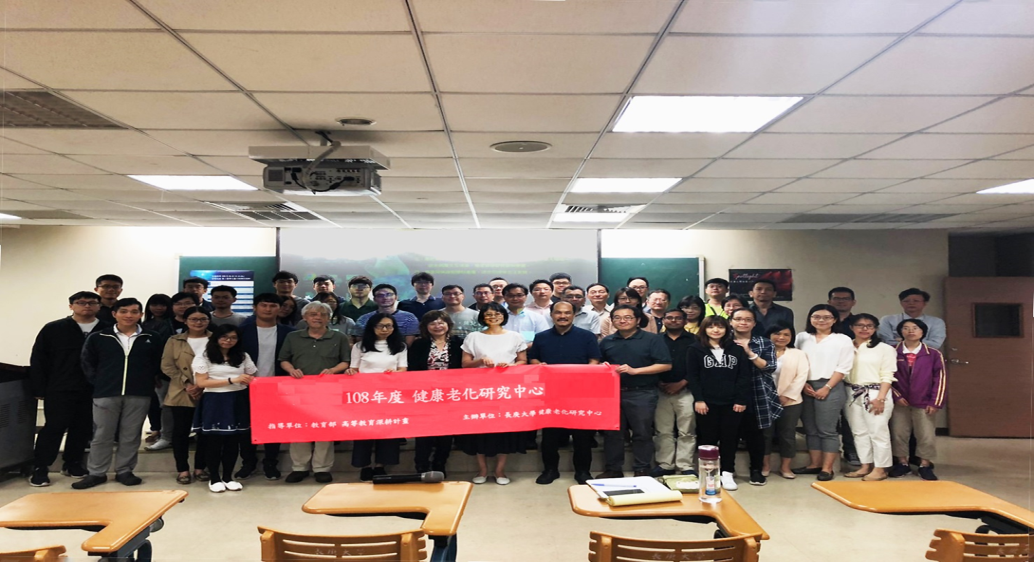 The Healthy Aging Research Center is a multidisciplinary center consisting of two core laboratories and nine research teams. The purpose of this center is to advance the knowledge in the areas of geriatrics and gerontology and to help resolve, at least in part, the emerging issue of aging encountered in Taiwan. Our goals are to investigate the mechanisms of aging and age-related disease, search for early screening and diagnostic strategies, innovate advanced prevention or intervention approaches, develop long-term care and health promotion models, and incorporate technology into the aforementioned issues. In this article, I attempt to focus on early metabolic biomarkers for the aging process and metabolic syndrome/diabetes, degenerative disease mechanisms, and long-term care as well as health promotion programs.
Research on metabolic biomarkers for the aging process and aging-related degenerative diseases has been best exemplified by a study on a cohort of senior citizens who do not require nursing assistance at a retirement home in northern Taiwan. This study discovered a number of metabolomic biomarkers related to aging and degenerative diseases. Phospholipids, such as plasmalogens, are predictors of diabetic progression. The metabolic signature in plasma can distinguish the individuals with lipid disorder from the control cohort, and can differentiate the lipid disorder progressed to diabetic states among the elderly. Additionally, the metabolites involved in amino acid catabolism are a signature of sarcopenia, and are probably indicative of the nutritional status of and the metabolic anomalies in the sarcopenia patients. We also found that nicotinuric acid could be used to represent a potential pathogenic mechanism of metabolic syndrome. Regarding the animal studies of the metabolic biomarkers for metabolic syndrome and diabetes, our studies identified several metabolites that could be used as early biomarkers for metabolic syndrome and diabetes. The docosapentaenoic acid and docosahexaenoic acid are suggested as potential early biomarkers for metabolic syndrome and diabetes. We further identified two distinct mechanisms for diabetes-associated cardiomyopathy (Figure 1). A high fructose diet induced apoptotic cardiomyopathy through LysoPC, whereas a high fat diet induced myocardial fibrosis by activating the sympathetic and renin system.

Fig. 1. The pathophysiological mechanisms of high-fructose diet-induced maladaptive remodeling in a non-obese insulin resistant heart.
In another line of research on neurodegenerative diseases such as Parkinson’s Disease (PD), we explored the role of PLA2G6D331Y/D331Y underlying the mechanism of PD. Our study found that PLA2G6D331Y/D331Y Knock-in (KI) mice displayed early-onset degeneration of substantia nigra (SN) dopaminergic neurons, and exhibited parkinsonism phenotypes. The mice also displayed Lewy body-like pathology, mitochondrial malfunction, activation of ER stress and mitophagy impairment. This study suggests that PARK14 (D331Y) PLA2G6 mutation causes degeneration of SN dopaminergic neurons through mitochondrial dysfunction, elevated ER stress, impaired mitophagy, and transcriptional dysregulation. PLA2G6D331Y/D331Y KI mice provide more relevant information on pathogenic mechanisms of PD and would be helpful for the development of novel neuroprotective therapy for PD. From the neuroimage perspective, we worked extensively with King’s College London to develop novel analysis on diffusion Magnetic Resonance Imaging. With this image-based platform, we successfully demonstrated the process of white matter degeneration over time from patients with PD. Reductions in the white matter property occurred at an early stage during the natural course of the disease, which predominantly affected the splenium of corpus callosum (Figure 2. left). We can visualize the change in amplitude and orientation from the fiber bundles (Figure 2. right), which can be related to either the axon death or the inflammation/ gliosis. 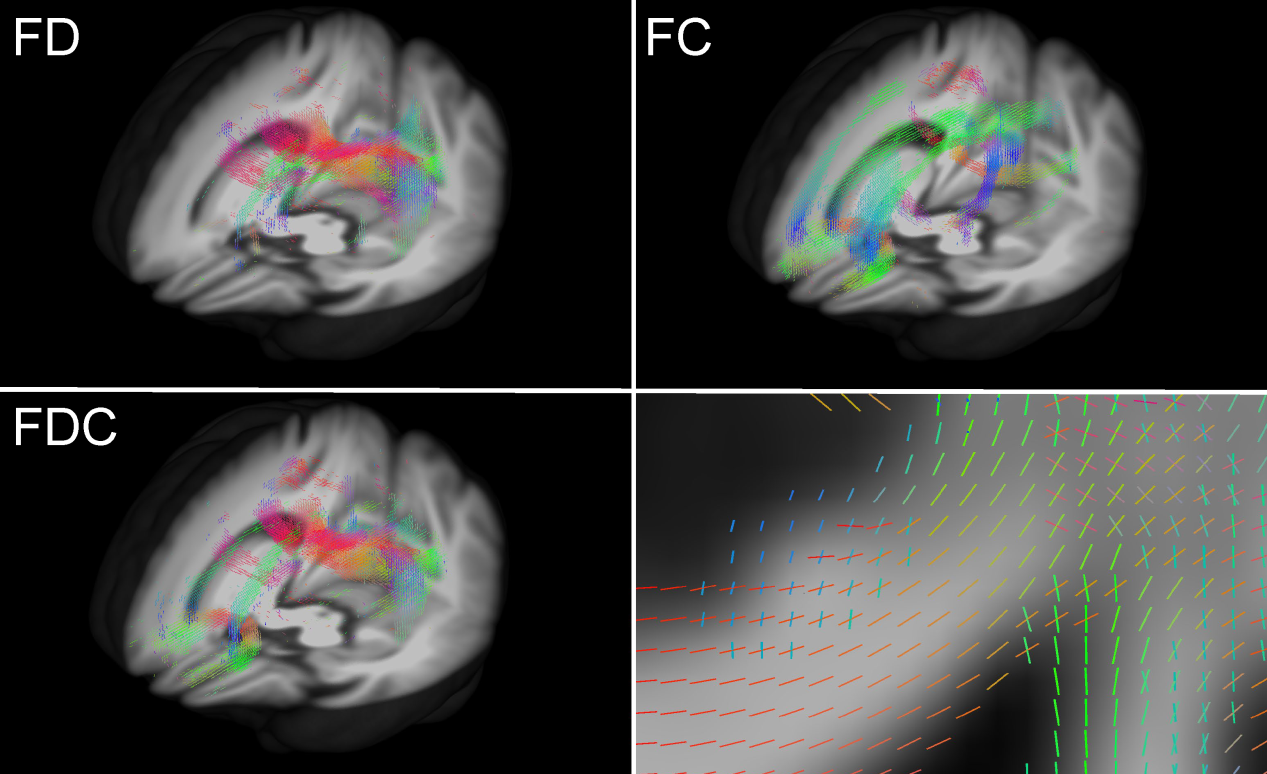 Figure 2. White matter property including splenium of corpus callosum (left) and figer bundles (right) during the course of Parkinson’s Disease.
For long-term care, we recently aimed at Dementia-Friendly Communities (DFCs). We explored the experiences of people living with dementia and their family caregivers in an Aboriginal community (Chen et al., 2019). The experiences of older Atayal people with dementia and family members were captured by the overarching concept of ‘low dementia awareness, high family-like ambience in the community.’ Despite the low or absent community awareness of dementia, older Atayal people with dementia functioned as freely in the community as at home due to a family-like supportive environment. We further identified indicators for a DFC in Taiwan from the perspectives of people with dementia and dementia-family caregivers (Wu et al., in press). The indicators included dementia-friendly care services, dementia-friendly hospitals, a dementia-friendly community environment, dementia-friendly transportation, dementia-friendly stores and shops, dementia friendly people, integrated dementia-related information, and community contribution- and -involvement opportunities for people with dementia. In an attempt to prevent cognitive decline, we developed a hybrid cognitive promotion program for the elderly with cognitive decline. We administered the sequential training, that is, the elderly performed aerobic exercise first, immediately followed by cognitive training with different cognitive components. Another hybrid method is to concurrently perform physical and cognitive training (dual training) (Lee et al., 2016). The preliminary findings suggested that sequential training might be more beneficial for cognitive capacities than the dual training and the dual training in daily function than the sequential training.
These studies covering different spectra of aging and disease may further our understanding of mechanisms of degenerative disease, develop a number of novel experimental protocols/techniques to study aging, and pave the way to early diagnosis and screening. They also help us to realize our vision of developing new drugs/interventions for aging-related dysfunction and disease, and of providing novel care and health programs for the aging population in Taiwan.
RELATED