Mapping the Connectomics of the Human Brain

:::HOME / LIFE SCIENCES / Mapping the Connectomics of the Human Brain 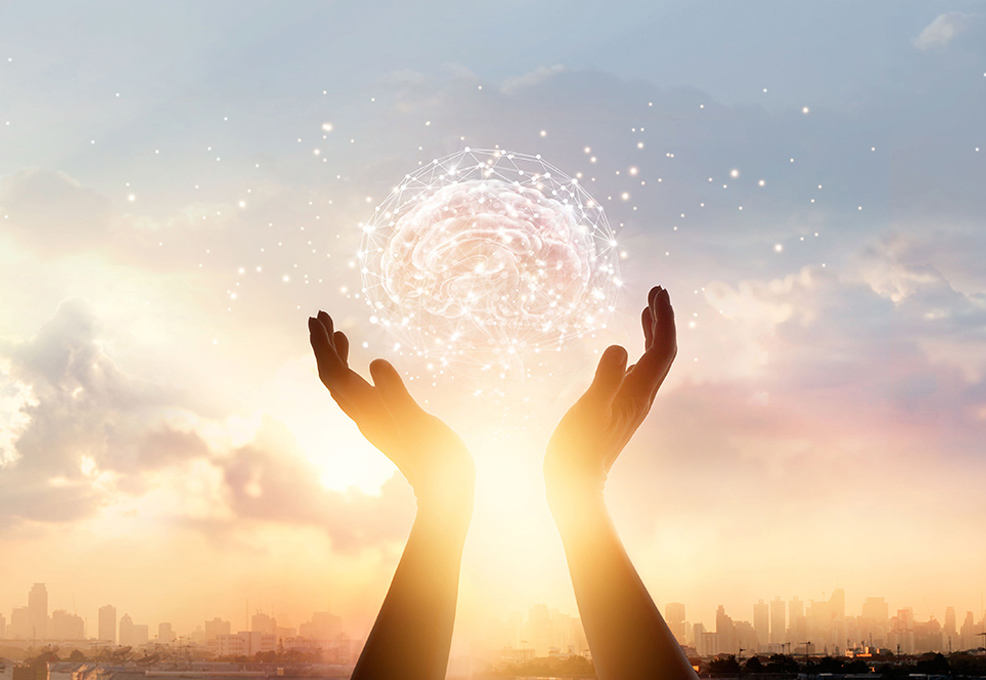 The human brain comprises a complex neural network, known as the human connectome, with a broad range of regional microscale cellular morphologies and macroscale global properties, together forming an efficient system for the processing and integration of multimodal information. There is a great deal of evidence that mapping the connections may be very helpful for the understanding of normal variability as well as of mental disorders. It may also be crucial for pursuing new generation algorithms of artificial intelligence, and thus the brain science related projects has been greatly promoted in the 21st century.

Prof. Lin and his Brain Connectivity Lab are dedicated to driving modern brain imaging methods for brain connectomic studies. They have established solid imaging technologies and accumulated thousands of databases for healthy populations, neurodegenerative and psychiatric disorders. Based on the above-mentioned techniques, the lab has spent efforts to clarify human brain functions and to assist clinical services including neurosurgical plans, neurodegenerative prediction and signatures for psychiatric disorders during the past decades. 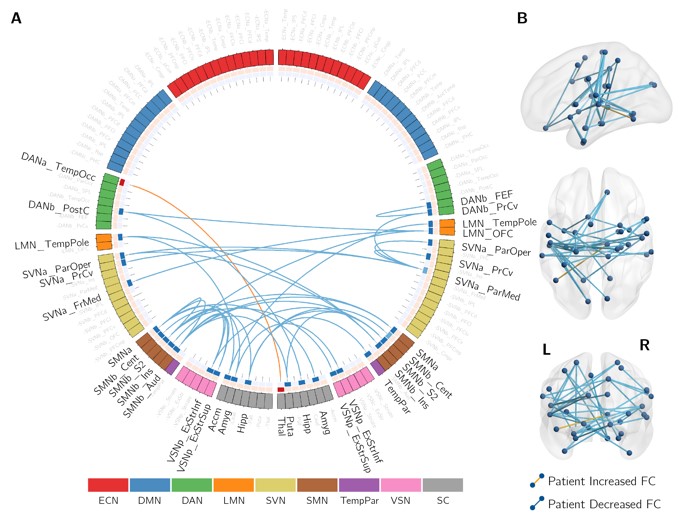 This study entitled: “Transdiagnostic and Illness-Specific Functional Dysconnectivity Across Schizophrenia, Bipolar Disorder, and Major Depressive Disorder” has been selected and published as the May 2020 cover issue of the journal: Biological Psychiatry: Cognitive Neuroscience and Neuroimaging.

The human brain comprises a complex network of neural connections known as the human connectome. Each person has their own unique blend of genetics, environmental influences, and life experience. These factors influence the detailed circuitry of the brain, such that even identical twins are likely to differ at the level of neural connectivity. Therefore, knowledge of functional roles of brain areas and associated connections is critical to the understanding of normal brain functions as well as brain disorders.

Due to the limitations of available techniques, neuroscientists had little interest in these connections for centuries until the 1990s when modern non-invasive neuroimaging techniques were invented. The structural connections and related neural activities have thus attracted attention and opened the prolog of the human brain connectome. Opportunely, Prof. Lin caught this tide in his PhD period and founded the Brain Connectivity Lab, BcLab, after being recruited by National Yang-Ming University in 2004.

By studying the direction-dependent water molecular diffusivity and blood oxygen level coherence, brain structural and functional connectivity could be mapped through modern MRI techniques, thus opening a window to explore functional anatomy on the basis of its structural substrates. Meanwhile, the complexity of higher brain systems created another challenge of explaining the rich functionalities that arise from a relatively fixed structure. To facilitate human brain study, BcLab is dedicated to driving technical developments and has strived to optimize these methods under human brain study regulations for decades. Accordingly, reliable and efficient neuroimaging protocols were established to promise further brain connectomics studies.

During the past years, we have spent more efforts in four directions: 1) based on our optimized, validated and standardized brain mapping techniques, we have derived a new neural tracking algorithm for precise neural mapping, which can be applied for neurosurgical assistance, including presurgical plans, neurosurgical navigation, and postsurgical protection. This method has been well verified with direct current stimuli during surgical operations in more than hundred brain tumor patients and was granted Taiwan and US patents in 2019 (Fig. 1). 2) to predict the onset of neurodegenerative diseases, we have accumulated a 4,000+ image database of the healthy elderly. Through modern computational analysis and AI technologies, we have published a series of papers about imaging signatures of the elderly and predicted their biological brain age, which differs from birth age, and reveals features that are close to neurological prediction. This achievement was awarded by the 2019 PAC AI Brain Age competition and was accepted by the prestigious journal, Cerebral Cortex, 2020. 3) Current pathophysiological theories about psychotic disorders and mood disorders highlight that brain dysconnectivity may play a crucial role in patients’ behavioral deviations. Our research results have shown that each patient group has distinct network disruption, with indications that the neural network deviation may be an endophenotype and target for neurostimulation treatment. Recently, we noticed that there might be transdiagnostic and illness-specific dysconnectivity across schizophrenia, bipolar disorder, and major depressive disorder. This study presents a more complex, ternary relationship among these 3 disorders than Kraepelinian dichotomy, and provides a new direction for further treatment. This accomplishment was selected as the cover story and was published in the journal, Biological Psychiatry: Cognitive Neuroscience and Neuroimaging, 2020. 4) based on these psychiatric studies, we found that aberrant orbitofrontal cortex (OFC) intra- and interconnection may play a key role in psychiatric disorders. Therefore, we conducted a study precise connection of the human OFC and other brain regions. This study provides a foundation for exploring the structural connection of OFC, and insights for studying mental disorders. This finding was recently accepted by the international journal, Cerebral Cortex, 2020.

Thanks to all corporate partners and funding, the BcLab has established solid imaging techniques for brain connectomic research during the past decades and led to a series of achievements clarifying brain structural and functional associations. Meanwhile, we are dedicated to assisting clinical service, to predicting neurodegenerative onset, and to identifying features for psychiatric disorders based on these concepts. We will keep studying the mystery of the human brain and hope to achieve better human health.